Animal capers in the ad circus

Animal capers in the ad circus

It is his last piece of Rolo candy, and just for kicks, the boy decides to tease a baby elephant at the zoo. Just as Dumbo’s little trunk stretches over the hedge to grab the goody, the boy yanks his hand back and stuffs the last Rolo in his mouth, all the while making faces at the baby pachyderm.

Cut to a few years down the line, and the boy, now a young man, watches merrily as a circus parade full of animals and performers passes through town. Just then, he feels a little tap on his shoulder and before he can react, a trunk comes out of nowhere and slaps him right across the face. The film, for chocolate-covered, caramel candies from Nestle SA, ends with the line: “Think twice what you do with your last Rolo!" 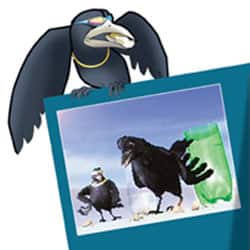 Difficulties in shooting ad films with animals have led film-makers to use animation, as in this commercial for the soft drink Sprite

Rather dull, isn’t it?

But with animal rights groups, the government-appointed Animal Welfare Board of India (AWBI), and the advertising industry sparring over procedures related to filming with live animals, a number of ad film production houses are seriously considering alternatives. These range from shooting the entire ad film abroad, using pre-shot footage from stock libraries, coughing up big bucks for specialized animation and even editing animals right out of the script.

While the procedures involved in filming with live animals are simple, the application process is often riddled with delays and uncertainty. This, despite a 2005 judgement of the Bombay high court directing AWBI to process applications within two weeks of applying. “It is a Herculean task. You submit what you think are the required documents to the board, seeking their permission to shoot with a live animal. And after that, it’s just about waiting," says Sneha Iype Varma, executive producer, Nirvana Films.

It took Nirvana more than six weeks to secure permission to broadcast the launch commercial for Vodafone featuring the pug. Under the Performing Animals ?(Registration)? Rules, 2001, it is mandatory for all companies to pay Rs500 and secure a no-objection certificate from AWBI prior to using live animals in an advertisement. “While there is no codified policy on such matters (avoiding campaigns that feature live animals), we do try and ensure that the company is not setting itself up for a lawsuit. The campaign is scanned right in the conceptual phase," says a legal officer with one of the largest consumer products companies in India, who did not wish to be identified because of company policy.

In a bid to work around the delays and complications, ad film production houses are now choosing alternatives. Confectionery major Perfetti Van Melle India Pvt. Ltd recently launched a new campaign for its Alpenliebe candy, starring Bollywood actor Kajol and a lovable animated crocodile called Mr Munch, who does everything from sneaking into cinema halls, taking warm baths and riding atop cars, to shedding (what else?) crocodile tears, for a piece of his favourite candy. The crocodile, created by animation firm Rhythm and Hues Studios (India) Pvt. Ltd, took about eight weeks to complete. Rhythm and Hues’ parent specializes in special effects and animation for Hollywood movies and has worked on major projects such as The Chronicles of Narnia: The Lion, the Witch and the Wardrobe, Babe, Night at the Museum, and The Incredible Hulk. While the animal character, Mr Munch, helped the Alpenliebe ad get top ratings, the ad makers had to carry a warning against feeding animals at zoos

The other popular animated figure is a cow, which endorses the benefits of Orbit White, a chewing gum brand from Wrigley India Pvt. Ltd. “Using animation is a fantastic option. Look at the Alpenliebe ad. Who would have a problem with that?" asks N.G. Jayasimha, manager, legal affairs and campaigns for Peta India. It takes him three seconds to answer that one. “Actually, we did," he laughs.

The zoo authorities had called Peta India to say that an increasing number of children were flinging Alpenliebe into the crocodile enclosure, in the hope that one of them would follow them home. Peta India eventually got the advertising agency and production house to insert a ‘super’ at the end of the ad, saying that it was illegal to feed animals at zoos.

The other option being exercised by film-makers is shooting abroad, where the animal protection laws are just as stringent, if not more. “The biggest benefit is that it is a time-bound process. Beyond that, you have access to professional trainers, animal performers, and you can obtain permission to shoot with wildlife, which is not allowed in India," says Hemant Bhandari of Chrome Pictures Ltd, which shot a commercial featuring monkeys for Idea Cellular Ltd, in Cape Town, South Africa. Under Indian laws, wild animals such as lions, tigers, bears, panthers and monkeys cannot be used in performances. Another commercial, for Cadbury’s Ulta Perk, featuring a postman chasing a dog, was shot in Malaysia. As was the commercial for Johnson and Johnson’s Savlon soap.

A popular alternative to shooting with live animals is using footage from stock libraries. Some of these stock libraries also provide footage of animals that has been shot against a blue or green background, making it easier for the production house to merge it against any backdrop it wants. Remember the ad for Tata Safari, which showed several shots of wild animals with their eyes popping out every time a Tata Safari drove by? All the images of the wild animals were sourced from stock footage. The cow which poses as a volunteer to attest to the benefits of Orbit White chewing gum has been used in a series of ad campaigns for the brand from Wrigley India Pvt. Ltd

“Almost 70% of the usage (of stock footage of animals) is for ad films, 20% could be attributed to usage in corporate videos, and 10% in feature films or documentary films," he says. In this case, the cost is not as prohibitive as animation or shooting abroad: Agencies would pay between Rs30,000 and Rs80,000 for use of stock footage, for the six months that an ad campaign would generally run for. The footage made available by most stock libraries features animals that are usually difficult to find or shoot.

The last option, which is being exercised with increasing frequency, is that of animals being edited right out of the script. “That, to my mind is the most dangerous (thing that can happen)," says K.V. Sridhar, national creative director, Leo Burnett India. “We come from a culture where most of us were brought up with frequent visits to the circus and the zoo, and regular doses of Panchatantra stories (fables) which set good examples and featured animals as protagonists. That is how we formed our relationships with animals," adds Sridhar. “But today, with the clamp down on animal performances and pitiful, empty zoos, the only way children learn about animals is through television and, believe it or not, through advertisements. So, to edit animals out of a script or campaign is likely to have more far-reaching effects, he says, adding that it is time the advertising industry, animal rights organizations and policymakers sat down and created a system which makes it easier for film makers to work within the limitations.

Unni Krishnan, country manager for Brand Finance (India) Pvt. Ltd, says not using animals in ads would have its repercussions, as various studies show that ads featuring animals and children score very high on ‘enjoyment’ and, thus, brand connect. Citing the Hutch-Vodafone example as a case in point, he maintains that the pug featured in the Hutch ads, and now in the Vodafone ads, played an integral role in creating a strong emotional connect with consumers, and increasing the brand value for Hutch, in a market where most of the competitors relied heavily on celebrity-driven advertising. According to Brand Finance’s estimates, the brand value for Hutch was around $6.5 billion (approx. Rs26,300 crore then) at the time of acquisition—the number is derived from a telecom industry benchmark, which values brands at 35% of enterprise value.