Straight to the heart

Straight to the heart 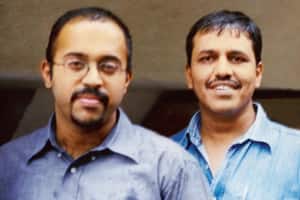 The new ad for Fortune cooking oil, by Ogilvy and Mather India, shows a mother lovingly packing a meal and delivering it to her son.

The ad for Nutrela cooking oil, by Meridian India, shows a woman stepping on to different weighing scales in utter disbelief. Salesmen finally advise her to change her oil, not the scale.

The ad for Borges olive oil, by Law and Kenneth Communications India Pvt. Ltd, features actor Chitrangda Singh and focuses on how Sunday brunches with family and friends are more fun because of Borges olive oil.

What did you think of the ads? Addressing barriers: The Nutrela ad needs to be supported by a credible source,?not just a cheery jingle that puns

The Borges olive oil ad tries to position it as a light Sunday brunch alternative.

Fortune, on the other hand, doesn’t offer a functional benefit but positions it as a symbol of a mother’s love for her son. The artful use of an S.D. Burman song, from the movie Talash (1969), and the effortless acting skills of Kannada actor Akshatha Rao are the executional elements that uplift this ad.

Do these ads work for their respective brands?

It’s important to delve into the psychology of a woman while she is cooking. Cooking is a highly emotion-laden process. When a woman cooks something tasty, she knows she is cooking a “happiness recipe" for the entire family. The “burps" and “one more serving" are milestones on the happiness index, and serve as powerful visible evidence that the cooking has had its desired effect. The emotional satisfaction of rustling up moments of short-term happiness often dwarfs the rational long-term fears of oil being a potential health hazard (this same motivation of creating happiness through taste can be seen in the universal practice of people offering cavity-creating chocolates to young children). For this reason, you will not find a single woman who will openly admit that her deep-fried samosas and kachoris are bad for her family’s health. After all, how can something meant to unleash happiness also create a clogged artery? 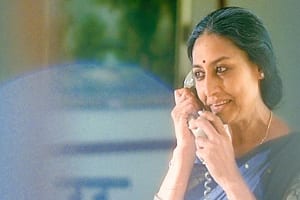 Now you begin to see why the Fortune ad could have a huge emotional connect with mothers. This ad is like a 21-gun salute to the legendary appeal of a mother’s cooking. At another level, it’s also highly empowering as cooking is the only time a woman gets to express herself. Oil is an artist’s medium. And also a woman’s.

Does this mean health claims aren’t effective? Not really, as a lot depends on context. For men who have had a genuine health scare—and this is a number that is rising steadily—their wives might try out a “health" brand.

In this regard, Nutrela’s positioning is relevant. People are by and large aware that oil is fattening. However, can a soya oil really claim to be less fattening? The ad also offers a reason-to-believe by claiming it absorbs less. However, to be more effective, the ad needs to strengthen its believability quotient. The less absorption story is a visual story, but in the current ad, it is communicated through words. Moreover, the non-fattening theme needs to be supported either by empirical evidence, by a credible source, or through an insightful human story, rather than a cheery jingle that puns.

Borges, on the other hand, has an even more formidable challenge. Olive oil is more expensive than soya, groundnut and rice bran oils. Moreover, there probably exists a belief that it is not ideal for deep frying as it doesn’t give great taste.

This ad, therefore, tries to sneak into the consideration set by creating an “occasional use" moment—the Sunday brunch. Also, there is an attempt to portray it as a lifestyle statement by injecting a glamour element, like actor Chitrangda Singh. Though the ad manages to create awareness and will also be noticed, it under-delivers by refusing to address barriers related to olive oil usage. Since the ad doesn’t have an insight or any new information, it may not succeed in breaking inertia related to cooking oil purchases.

In a way, Borges fritters away the advantage of being among the earliest olive oil brands to advertise on mass media.

A lot of the food oils have been positioned on health. Is it time for the category to move on?

Saffola is the good-for-the-heart oil. Nutrela is trying to be the non-fattening oil. However, there are many other dimensions of health that have not been explored yet. For instance, an oil that improves the health of the skin or maybe lowers cholesterol.

The other big problem in this category is adulteration. New entrants can even choose highly functional attributes like purity to differentiate themselves. The quality of raw material or a relatively new ingredient can provide an edge. Being a highly price-sensitive food item that is consumed daily and provides daily sustenance (like atta, milk or rice), perceived value largely comes from the quality of the food and the rational support behind it.

What must brands keep in mind while working on campaigns?

The woman has no major complaints with her current choice of food products. Moreover, all the above-mentioned products are commodities. Differentiation can come from a packaging innovation, a price disruption or a new product introduction. In the absence of all three, the communication has to be based on a genuine insight. Only after it touches the woman’s heart can it hope to reach her kitchen.