Stuart Broad made it the history books with the fourth-best individual bowling performance in the Ashes as he took 8/15 off his 9.3 overs

Stuart Broad made it the history books on Thursday with the fourth-best individual bowling performance in the Ashes. Broad took 8/15 off his 9.3 overs, as England dismissed Australia for a mere 60 in 18.3 overs at Trent Bridge. His bowling figures are the third best by an Englishman. 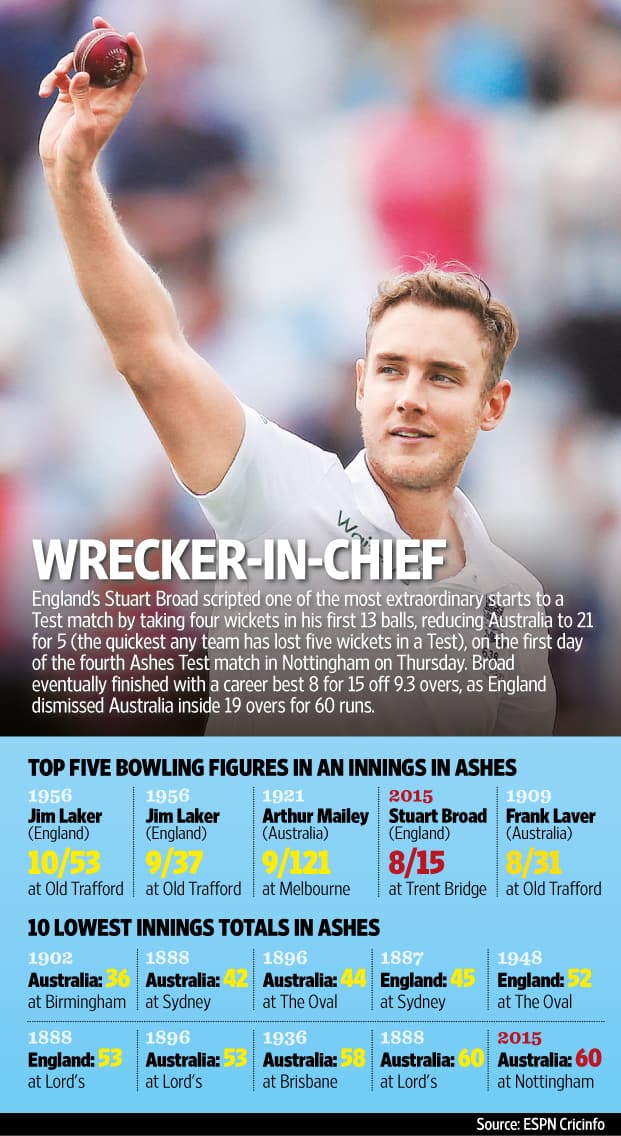 Here are the 10 best bowling performances in the Ashes:

Here are the five lowest Australian totals in the last 20 years.

Only on four occasions have teams bowled first and batted by lunch.

First time in Ashes history that Extras was the top scorer. next best—Mitchell Johnson (13)