New Delhi: With the first ever exclusive men’s fashion week wrapping up here, the fashion fraternity seems to have finally woken up to the potential of the menswear market in India.

But the question many asked was why it took so long to organise a fashion week exclusively for Indian males? 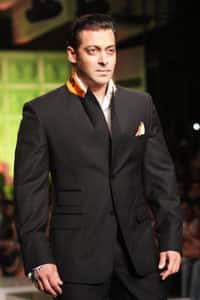 “The world has woken up to men’s fashion late, not only India. That is why this is the fourth men’s week in the world. India is a huge market with menswear sharing a major portion and Indian men are ready to experiment today. It has great potential," designer-duo Shantanu and Nikhil said.

The changing lifestyle of Indian male is also a ready reckoner to reflect how much they have evolved in terms of style and grooming.

“Earlier men lived to fulfil their family’s desires, they didn’t have the time to invest in fashion. The ‘new man´ is willing to spend money on himself to look smarter, feel good. So men’s fashion has developed into a separate segment," designer Narendra Kumar said.

The fact that the attitude of the male gender towards fashion has changed over the years was an encouraging factor for designers who came up with their menswear collection at the Van Heusen India Men’s Week (VHIMW).

“I am happy we are finally ready for a men’s fashion week. Men like to dress up now and they are so fashion-conscious that they change their wardrobe every season," said Mumbai-based designer Rocky S.

“My latest collection is for the contemporary man, the metrosexual, who is sure of himself," said the designer, who boasts of a celebrity clientele of Bollywood stars like Hrithik Roshan, John Abraham and Arjun Rampal.

Experts in the industry, however, point out that India’s tryst with fashion weeks happened just a decade back so its not fair to say that Men’s week arrived late in the country. 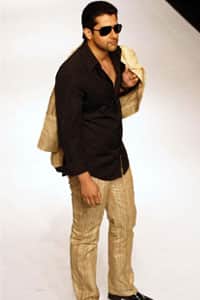 The fashion fraternity feels that VHIMW will become a benchmark for fashion business and hopefully will lead to more people joining in for the next year’s extravaganza.

“The market is opening up for this segment and I hope lot more designers will join in for the next year’s event," Rocky S added.

“I see that the industry has moved a long way and there has been a lot of growth in the men’s fashion scenario," said designer Ravi Bajaj who participated in his first ever fashion week, though his fashion label has been alive and kicking for over two decades now.

When asked why it took so long for men’s fashion week to arrive in India, designer Ashish Soni said, “The men’s week has come to India slightly late but we have to build our strength. There is a big challenge for menswear in terms of sensibility and construction. You can do very little as it requires a larger set-up than women wear."

With men’s fashion week coming of age in India there is a speculation whether there can be further decentralisation of fashion.

“Any initiative has a high risk and high rewards, it’s a kind of nervous energy. In the process you discover something and if there is mass segment available there is a possibility of venturing into other segments like a fashion week for kids in the future," said Shivaraj Subramaniam, brand head of Madura Garments (Van Heusen).