Home >Industry >Spot Light | Up in the air

Spot Light | Up in the air

Spot Light | Up in the air

From a Bollywood film billboard painter to the national creative director of Leo Burnett India, K.V. Sridhar has seen it all. He has been on many award juries and in July 2009, got the New York Festivals Creative Achievement Award. 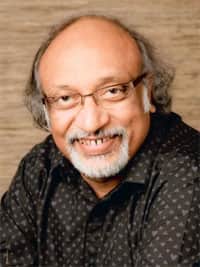 Your first thoughts on the ad?

I liked it because of my love and respect for Khanna. When you like something, more is less, isn’t it ? But unfortunately, the more I see the ad, the more sad I feel. As a fan, I do not want to be reminded of his age or his current state of being.

How does he stack up as a celebrity?

He is a celebrity for middle-aged men like Balki (R. Balakrishnan, chairman, Lowe Lintas, who created the ad) and me. He was the only star with a more frenzied following than Amitabh Bachchan. Unlike Bachchan, he never made himself relevant with the newer generation. Having said that, is the target group the young audience? I doubt it.

What could have been done differently with the commercial?

If the ad is a serious tribute to the superstar, I would have left it at that and not pushed the product “fans". In the ad, I would have loved to see people even today dying for him and the line paying tribute to his fans. In such a case, “fans forever", with a dignified sign off of the brand. This would have made the ad more tasteful and less dependent on “pun".

Your thoughts on Havells as a brand? 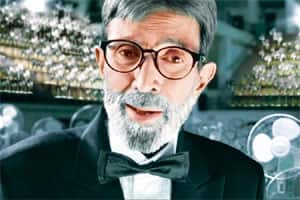 Comeback: The ad is likeable if you’re a Rajesh Khanna fan.

Other actors who could potentially be used in ads...

You can, provided there is some relevance, like Hema Malini for Kent. But you can’t use her for cosmetic products. Dilip Kumar would be fine for trust and values, not for fast cars. But it’s fine to use actors as casting for great characters. Unlike sportsmen, actors perform well irrespective of age.

Is this a tough category? Another standout ad in this category?

It is tough if the clients insist on telling how the motor was made or how the blades are designed to throw more air or other such boring details. If they are like Havells or Bajaj, who understand that the category needs to cut through solutions and entertainment, then it’s a real pleasure. Bajaj did some memorable ads like the “flying paperweight" one.

As told to Anushree Chandran.