With over 23 years experience in advertising, Prathap Suthan, national creative director, Cheil Worldwide, is best known for the India Shining campaign. He has also worked with brands such as Rasna, GM, Samsung and the Incredible India campaign of the Union ministry of tourism. 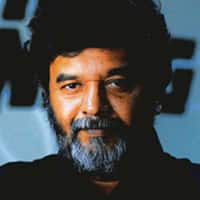 The Times of India’s Aman Ki Asha ad shows a Pakistani man playing dumb charades with Indians across the border, in a bid to request a song on AIR.

I liked it because it deals with something radical. Something bold. Something I hope for. It’s one of those ads purely trained at the heart. But shallow, considering the depth required to handle the subject. The craft’s good. Cinematography, Gulzar’s words, and the central idea of our similarities. Though the Pakistani casting looked stereotyped. Overall, a benevolent film. Bhai, bhai, etc. But make-believe. A cosy advertising perspective. A million frames from reality.

What are the challenges of doing a political campaign?

The challenges depend on who is advertising, what, how, why, and when it’s being advertised. Besides, the intent and slant of the content, mood of the nation, overt and covert agenda, audience connect, etc. will also be challenges. Look at this campaign. First, all of India has to buy into loving Pakistan. Not just the lot of us who hunt for annual advertising causes, and those who fashionably join Facebook fan pages, and haunt Page 3 nights. This has to resonate with everyone. Including those who defend our borders, and the relatives of those who died in countless blasts and 26/11. I think it’s blatantly insensitive. More importantly, all of India needs to stand united against those who threaten to make our lives fragile. Much like we are united against religious fanatics who divide our religions and our amity, and criminals who murder, rape and kidnap.

A matter of the heart: The depth is missing in this ad.

This campaign mustn’t inadvertently divide us or drive wedges into our collective gullibility. Sure we want peace, but real life isn’t cricket. This may be a campaign the government didn’t need. It’s already walking a path of more thorns than stones. And as a nation, we are overdosed on Pakistan. Why rake it up again?

I also think areas of foreign policy and politics are tricky for a media group. Because if terrorism repeats, TOI could be in a spot. A hardening of stance would weaken Asha, and soft reporting won’t be patriotic. The biggest challenge is that Indo-Pak is a festering old wound. It requires serious medical attention from both sides. Not skin lotion. Or business meets. Or music fests. Or games. But it’s an effort nevertheless.

India Shining. Unlike what people say, it wasn’t designed as a political campaign. It was meant to inject economic optimism within India and to globally reposition India as a financial destination.