Home / Industry / How to make brands sticky
Back
Share Via

How to make brands sticky

How to make brands sticky

Martin Lindstrom is one of the most respected branding gurus in the world today. He sits on several boards globally, and has worked on brands such as Disney, Mars, Pepsi, American Express, Mercedes-Benz, Reuters, McDonald’s, Kellogg’s, Yellow Pages and Microsoft. Author of books such as BRAND Sense and BRAND Child, he is said to be involved in the rebranding of the Hinduja Group now. Lindstrom, who has recently written a paper titled, Sticky Branding, shared his insights with Mint. Edited excerpts from the interview and the paper: 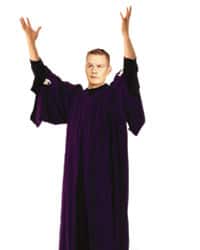 A brand such as Microsoft Windows is sticky because you become dependent on it. Once you’ve used PowerPoint or Word you can’t change to another as no other programs open your existing files. You’re lost. That’s stickiness.

Other examples are frequent flyer points: once you’ve hooked on to a frequent flyer card it’s hard to use someone else’s program. And also iPod: you can only download iTunes from Apple’s iTunes.

The benefits are clear. Once you catch the customer, they can’t leave you (unless you really, really upset them). In short, the upfront investment to get them is high, but then it’s low to maintain them. Not that it is a strategy everyone can use, but you could say that both Apple and Microsoft have done so with success.

Gillette forces you to use its blades which only fit into a special Gillette handle. It changes the handles once a year, forcing you to buy a new handle, with new blades.

Don’t get me wrong. If a Gillette shaver was of the worst possible quality, or by the same token if Microsoft products were unusable, the story would be different. However, as both products are most likely on a par with their competitors, the sticky branding strategy is their trump card.

In the online world, there are two companies that stick out to me as sticky: Amazon.com has become a market leader in online retail; a company which started out as an online bookstore has become a global leader in everything retail from books, and CDs to toys, perfume, clothes… the list goes on. One of the reasons for its success is the lay-out; it is simple, and easy to use. Its one-touch order feature makes ordering so easy that people do not want to use another service.

Another company which has taken the online world by storm is Google. This company started as a simple search engine, and has quickly grown to become the largest search engine in the world. Its simple and easy-to-use search engine has become a market leader and people have become so used to it that they could not switch, even if they wanted to.

Sticky branding works across many disciplines, but in principle it creates a bond between the consumer and the product based on navigational and distribution criteria. Take a Nokia phone. If your batteries are out, the chances are you’ll find a colleague with a charger you can hook up to. Nokia’s universal charging plug is just but one of its many sticky brand components. Its navigation is so intuitive and has remained so consistent that the user finds change particularly disconcerting. Again, the weak link in Apple computers was once its distribution. But ever since the iPod hit the market, this has changed.

Sticky branding has come about by leveraging a combination of human habit, strong distribution and consistent navigation. It is a technique where the consumer finds it hard to change brands, and remains locked in because of the easy accessibility of the brand.