Report shows Internet base reaches 205 million in October, and is expected to reach 213 million by the end of this year

New Delhi: The number of Internet users in India crossed the 200 million mark, reaching 205 million in October, and is expected to reach 213 million by the end of this year, according to a report released by the Internet and Mobile Association Of India (IAMAI) and IMRB International on Wednesday.

India remains the third largest Internet user-base in the world, behind China with 300 million and the US with 207 million, said the report. 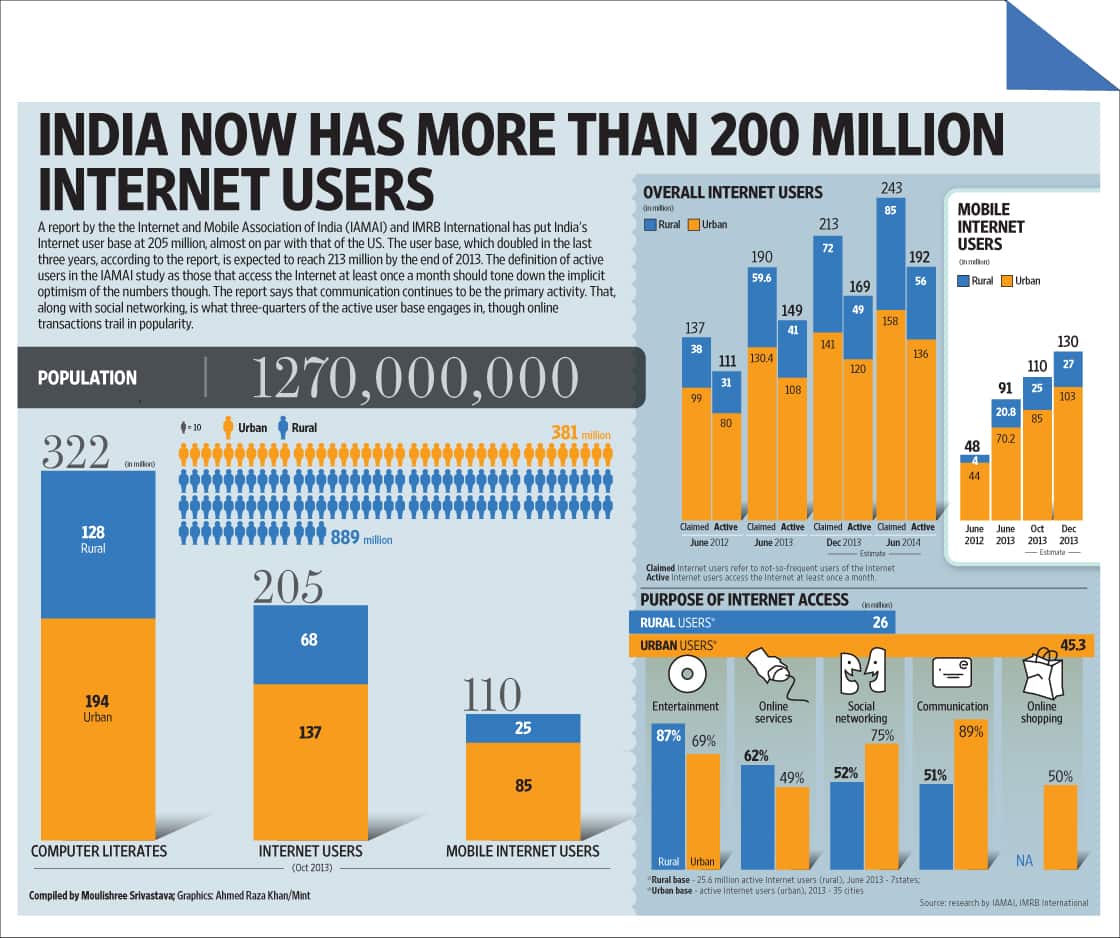 Rajan Anandan, chairman, IAMAI, said “The Internet in India took more than a decade to move from 10 million to 100 million and only 3 years from 100 to 200 million. From here on, we can hope to develop a robust Internet ecosystem with a multitude of local and global players and a thriving Internet economy. Internet is now, clearly, mainstream in India."