Thanks for Visiting Mint
You seem to have an Ad Blocker on. Please turn it off in order to continue, or whitelist Mint
HOW TO TURN OFF AD BLOCKER
OR
REFRESH IF YOU ALREADY TURNED OFF THE AD BLOCKER
Home >Industry >Spotlight | Why not love &#8216;Unhate&#8217;?

Spotlight | Why not love ‘Unhate’?

Prathap Suthan has the title of chief explorer at brand consulting firm The Advisory and is chief creative officer at information technology services company iYogi. With around 23 years’ experience in advertising, Suthan is best known for the India Shining campaign he developed for the National Democratic Alliance (NDA) government ahead of the 2004 general election. What did you think of the campaign?

It’s fantastic. Like (Albert) Einstein said, “If an idea doesn’t sound absurd at first, it has no hope." This campaign is pure hope. I love this. Unabashedly. As a human being who yearns for peace and wants a world minus prejudice, racism, intolerance, turmoil, inequality and everything else inhuman.

Imagine all that love being distilled to its graphic essence. A kiss. The idea is the biggest I have seen. With awesome layers. From colour to history to geography to homosexuality to religion to culture to love and peace. Plenty to peel for debate. 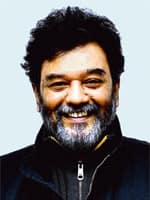 Because at any given time, there will always be opposing, divergent and clashing points of view.

The print execution has been skilful. Digitally manipulated, but stunningly realistic. A caricature approach wouldn’t have irked. The film, though, is a shadow. The PR was automatic, viral, instantaneous and absolute.

However, I am piqued by the civilized world’s hiccups. When, years ago, during the Cold War, no one was even tickled by the real (Soviet leader Leonid) Brezhnev and (East German leader Erich) Honecker kiss—still visible as a painting on Berlin Wall’s ruins, and possibly Unhate’s inspiration.

Does this campaign work for a brand like Benetton, which has of late been trying to stay relevant to its customers?

Of course. No other brand could have carried this off. Despite its shoddy sales, Benetton has always been extremist, with its DNA entwined around controversy. It’s a child born from provocative work which has often crossed the line and made people loathe the brand. Even if 50% of the world hates it, half the world still loves Benetton. This truly is a brand relaunched on rocket fuel. Genuine Benetton—brash, disrespectful and rebellious. But then, fashion is a radical planet. Don’t be a prude. Be its citizen.

Sure, Benetton could have executed Unhate with photoshopped world leaders shaking hands. Or hugging. But that’d have made zero news. UnBenetton.

What must brands keep in mind when doing such overtly political campaigns?

The fact is that governments are about control, repression, prisons and things that make the common man ache for justice, liberty and freedom. They cannot operate or exist otherwise.

The global assumption being that politicians, instead of working for the good of their people, rake up issues to remain relevant. They need disharmony to stay in power. Brands, however, can break free. They live inside hearts. They have the latitude to be freer, illogical, impractical and utopian.

That’s where Unhate comes into perspective. And relevance. Though it is ironic that some people hate it, want to burn it, and feed it to the pigs. At the end of the day, this is advertising. The world of hyperbole and make-believe. This is Benetton’s look at an ideal world. Pure hypothesis. Undiluted fantasy. Like Absolut Vodka and Idea Mobile. All of them present a world where life can be equal. Hunky-dory. A humanitarian picture. Sloshing with the milk of human kindness.

Unhate is about the common man’s hopes and dreams. Let’s all live, let live and get on with our lives. Like (John) Lennon’s Imagine. Which is why it is such a beauty.

Do you think it has, in its very short lifespan, served its purpose and why?

In a limited way, the campaign has delivered. It has resuscitated brand Benetton. But it has also ignited new light, shown a clutter-breaking path to world peace.

Imagine if all of our leaders stood together to fight the common enemies of mankind. Disease. Inequality. Hatred. Racism. Rape. Plunder. Terror.

It seems as though much of the campaign will be withdrawn, now that the one featuring the Pope has been.

Lighten up, world. In these days where livers are transplanted, hearts are donated and blood is shared, why hold on to things that make us primitive? How can we have pockets of 17th century and barbarism exist in the middle of progress, empowerment, goodness and evolution?

Is belief so fickle that people think an ad can corrupt the fabric of religion? Ideally, religious leaders should have ignored it. Or congratulated Benetton. That’d have been the very definition of tolerance. Instead of condemning an imaginary kiss, shouldn’t we be banning songs, books, films, websites, etc., that preach murder and other depravity?