India vs UAE: The match in 5 milestones

India recorded an expected victory against the UAE in Saturday’s World Cup Pool B game at the WACA, Perth. Here are five facts from that game:

1. 100% win record for India vs UAE: India has won all three one-day internationals against UAE— Asia Cup matches in 1994 and 2004— and now at the World Cup in Australia. This is the first time, however, that the Indians batted second.

2. 2: The number of players from the current UAE who have faced an Indian team before (Khurram Khan and Mohammad Tauqir). This was the first time the entire playing eleven of the Indian team faced the UAE.

3. 187: Number of balls remaining after India successfully chased their target of 103—their biggest such win in a World Cup. This ranks second in an overall ODI context, just below the 2001 victory against Kenya in Bloemfontein (231 balls remaining). 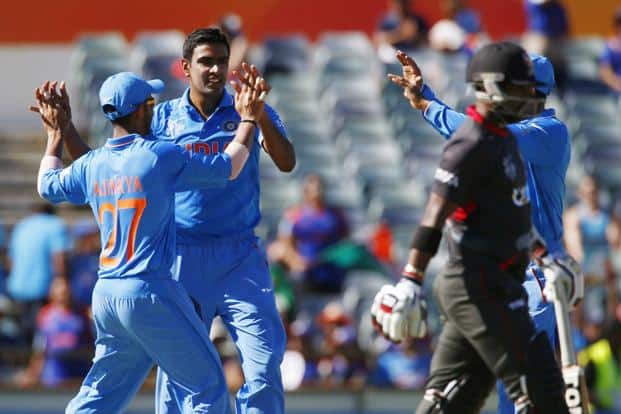 5. 6 out of 6: Wins recorded by the team that batted second from India’s last five ODIs at Perth.

(With inputs from AFP)