New Delhi: Colors TV channel has emerged as the leader in viewership in the Hindi general entertainment channel (GEC) segment in the week ending 11 April, breaking rival Star Plus’ reign of nine years. 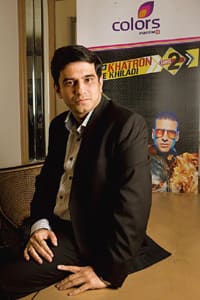 “It has been a close race for the top spot between Star (Plus) and Colors since the beginning of this year, especially in the past four weeks when we even surpassed them on reach and prime time GRPs... We knew that being No. 1 was around the corner but it will be a fierce weekly battle from there on," said Rajesh Kamat, chief executive of Colors.

To be sure, top viewership for a week is not a clear sign of leadership because there have been instances where close rivals have gained top slot for a week only to lose it in the next.

“Leadership is a position that needs to be held week after week, consistently and steadily. We are confident that Star Plus will regain its leadership," a spokesperson for Star Plus said.

Star Plus is the flagship channel of News Corp.’s Indian subsidiary Star India Pvt. Ltd. Viacom18 is a venture of US-based Viacom Inc. and India media group Network18 Media and Investments Ltd. (Mint has a content sharing arrangement with CNBC-TV18 news channel, which is owned by Network18.)

Significantly, Colors’ feat came close on the heels of it discarding the free-to-air (FTA) revenue model in favour of pay beginning 1 April. Pay channels charge a subscription fee, unlike a FTA channel, which can be accessed by viewers free of cost.

Typically, viewership falls when a channel is no longer FTA. Kamath said that Colors lost market share from 298 GRPs to 292 but overall with a sustained rise in its share, it managed to beat Star Plus in the week ended 11 April. Star Plus is also a pay channel.

“Going pay did impact our viewership...but the good news is that there is no sudden or drastic jerk... We know that we are stabilized around this 290-mark because we have made sure the loyalty factor in our content is strong enough for it not be affected by the channel going pay," he said.

Colors declined to disclose its subscription price but a Delhi-based multiple system operator that provides cable TV services said Colors and Star Plus charge around Rs21 each, excluding 10% service tax.

“Apart from a solid content and distribution strategy, Colors also paid a hefty carriage fee of more than Rs90 crore to distributors when they launched... This got them a good placement and visibility," said Vikki Choudhry, managing director, Home Cable Pvt. Ltd.

Colors’ steady rise in viewership has been attributed to its good programming strategy. “Advertisers want to be on Colors because it has a good mix of programming. They reach out to all age groups such as youth through their reality shows, or families through their serials," said a media buyer closely involved in deals with Hindi GECs. He declined to be identified.

In the Hindi GEC segment, Colors and Star Plus were followed by Zee TV (236 GRPs), NDTV Imagine (90 GRPs) and Sony Entertainment (78 GRPs).