Naked has been described as a cross between an ad and media shop and a consultancy. Who do you compete with?

Yes, we compete with everybody and yet nobody. To our knowledge, there is no agency that works the way we do. Naked is a hybrid of an agency and a consultancy. We are the advisors who charge you fees based on strategic thinking, research and processes. Yet temperamentally and culturally, we are so much like an ad agency. Naked thrives on ideas. Whether it’s the idea of distributing the product in a certain way, or a new line extension or a solution to a crisis in public relations. Ten years ago, in 2000, in our third year, we started to expand in markets beyond UK. We continue to do that and that’s why we are launching in India. We are focused and specialized and come up with original solutions. 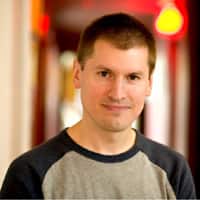 What kind of original solutions? Any examples?

Naked works in the UK, with a leading pharmacist called Boots. There was a big change brought about by the government in the process of prescription drugs. So you go to a doctor, he writes the course of pills illegibly on a piece of paper and then you go to a pharmacy, wait in queue while someone spends 20 minutes looking for them in the back room. The electronic system brought in by the government was easier. In the new system, the doctor prescribes your medicine, there is an automatic presciption delivered electronically to the pharmacy and you just need to collect it. This system was being introduced across all pharmacy chains, not just Boots. It was a huge opportunity and a huge threat for Boots because it was the biggest and had the most to lose. For instance, if one of their customers buys once from another pharmacy (because its closer to their home etc), it wouldn’t just be one prescription lost but all the prescriptions in the near future. Once you have the electronic link, you are going to stay with the pharmacy you are linked with. On the other hand, Boots was not seeing a big response for people signing up for this electronic system. They did some work with an agency (before us) which made them a TV ad. But it did not work. We on the other hand realized that the right time to reach the consumer is not when he’s watching TV, but when he’s standing in queue for prescription. We also did some research around Boots employees and realized they were not clear on the new electronic system. Our solution was cardboard signs hanging in Boots shops, and more money diverted towards staff training for employees. Boots got a huge return back.

On your India plans. You’d announced previously that you would be following an entrepreneurial model and offering stakes to employees?

Naked India will not be operationally different from Naked in any other part of the world. We are looking to offer clients objective advice, strategy grounded in insight. Where that leads, it’s a little early to say. You’ve got a thriving domestic market; in addition to international brands operating in India. Plus you have domestic Indian champions who want to go out overseas. These three things make India an interesting market for us. Apart from Gitanjali Sriram from Lowe Lintas India who will head our operations here, we have very few recruitments to announce as of now. Since we joined Photoon group, our financial structure is completely different. I wouldn’t like to make commitments on remuneration or equity. But we exist because we recognized a need- no one gives objective advice. While we are no longer independent (we are now a part of Australian marketing group Photon), our very existence is on a market we’ve created. A market that previously did not exist. A market for strategic advice as a valuable service. Our existence depends on our enterprenurial drive. Our employees tend to be people who desire to create and do things different. We are not for those who may be used to big company and bureaucratic structures. We are not a well-oiled machine. We operate on personal connections.

So do you see big companies like WPP or Omnicom as factories then?

That’s always a risk that every company that gets big has to deal with. The bigger the company becomes, the harder it is for the founding spirit to be ever present in someone who joined 10 years later or is operating out of any other market. It’s hard to keep that spirit alive. We are bigger than we were ; we are no longer ’Three men on a boat’ as when we first began. We’ve had our own sets of issues.

Do you feel that after your deal with Photon, you have compromised your independent thinking in some way?

We are a subsidiary of a publicly listed communications group... at that level, what you are saying is right. But at a more fundamental level, we live on our wits. We create our market through the service we offer. Clients don’t realize they need our advice; they don’t recognize the weaknesses of the marketing model that we’ve inherited. A model that’s getting rather long in the tooth. Every new client we win, we have had to prove to them that their existing agencies way of doing things may not be the ideal way. We have to demonstrate what’s missing. That’s as true, as when the two John’s and I went to our first meeting. We’ve had to create this market. In that sense, we are very much the enterprenurial set up that we first started with.