Most of the DDoS attacks in four out of the last five quarters have originated from China.

Distributed denial-of-service (DDoS) is a type of cyber attack in which multiple malware-compromised systems are used to target and overwhelm a single server, causing service disruptions. The State of the Internet/Security Report for the first quarter of 2016 by Akamai Technologies Inc. suggests that the gaming and the software and technology industries bear the brunt of the attacks; they were the targets of about 80% of the total DDoS attacks in the period.

An individual or group may use malicious code to attack a server, using avenues known as vectors—more vectors make attacks more complex and difficult to mitigate. According to the data, 59% of all the DDoS attacks have been multi-vector. Most of the DDoS attacks in four out of the last five quarters have originated from China. 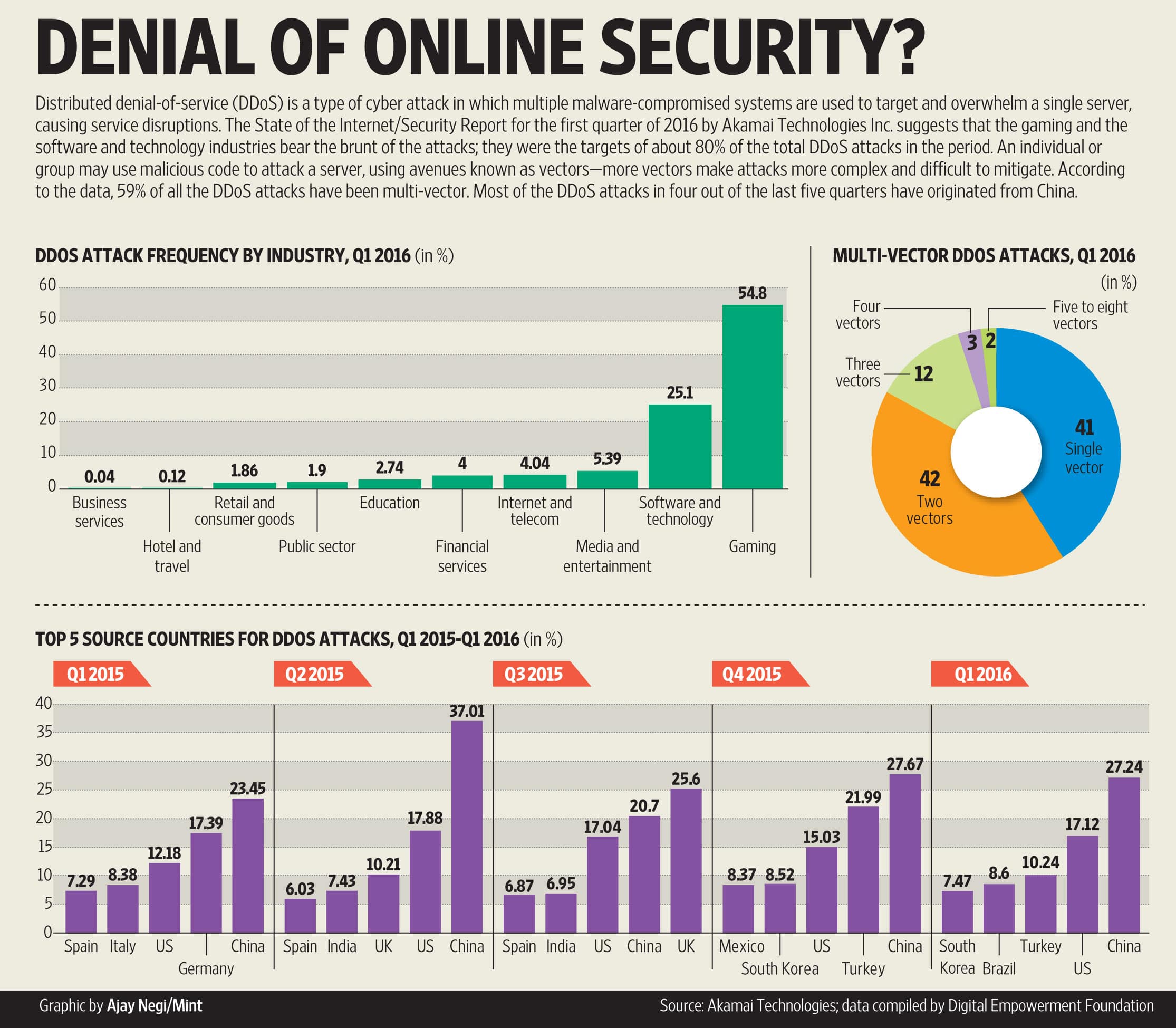