New Delhi: The partnership between television content producer Balaji Telefilms Ltd and Rupert Murdoch’s broadcast network Star Group Ltd is under severe strain. Serious differences have cropped up owing to the delay in launching regional channels under a joint venture (JV) between the two partners as well as the flagging fortunes of Balaji’s shows that have been Star Plus’ prime time warhorses for at least eight years, persons close to the development told Mint.

Balaji is one of the largest and most successful television content providers in Hindi. Star Group, which holds a 25.99% stake in Balaji through an affiliate company, owns the dominant Hindi general entertainment channel, Star Plus. “Several issues have cropped up. We are meeting this Friday to see if we can resolve these amicably," said a senior executive from one of the two companies on the condition that neither he nor his company be named. 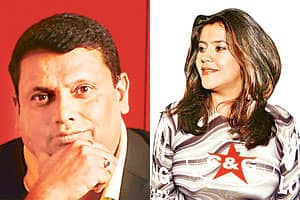 Balaji’s contention is that after the announcement last year, nothing has moved on this front and this is limiting its ability to scale up its operations in the “fast growing south market". “Star Group was supposed to manage the operational aspects, while we had to provide the content for the channels. It’s soon going to be a year (since the JV was announced), but they haven’t even incorporated the company under which the new JV will be housed. Even a CEO hasn’t been identified yet," said a senior executive of Balaji, who didn’t wish to be identified.

According to data provided by television audience measurement agency TAM Media Research, the soaps retained their leadership vis-a-vis shows on all other channels during the same period in 2007, and only Kaun Banega Crorepati, a hit reality show on Star Plus, was ahead of them. A fourth Balaji soap on Star, Karam Apna Apna, was at No. 7. In 2008, however, the story changed. While Kyunki Saas BhiKabhi Bahu Thi and Kahaani Ghar Ghar Ki were at No. 2 and No.5, respectively, two other Balaji shows on Star prime time, Kasturi and Kasautii Zindagi Kay, were at No. 11 and No. 12. Last week, Star pulled Kasautii Zindagi Kay off the air and replaced it with another Balaji soap—Kis Desh Mein Hai Mera Dil.

“Star pays Balaji a 250-300% premium over market rates for their shows. Despite this, if they are unable to deliver the eyeballs, there is clearly going to be a problem," a senior Star executive, who did not wish to be identified, said. He didn’t want to be identified because of the sensitivity of the issue.

Besides being a leading TV content provider in Hindi, Balaji also has a significant presence in regional languages such as Tamil, Telugu, Kannada, Malayalam and Bengali. “Currently, we supply 500 hours of programming to various southern channels. We have the wherewithal to scale it up to around 800 hours this year. But our deal with Star doesn’t allow us to enter into new deals with other channels. And their own plans are not clear as of now," said the Balaji executive.

Still, Star is the largest client for Balaji at present. According to another Balaji executive, only 8% of the company’s total TV content revenues last year came from the regional markets, and the rest was generated out of the Hindi programming sold to channels such as Star Plus, Sony Entertainment Television and Zee Telefilms. “Star accounted for around 65% of our total revenues from TV content business," the executive added. Balaji also produces films.

It’s unclear if the differences could potentially damage the JV as well as the main content and financial relationship between the two groups. “The investment in Balaji has worked for Star. The stock has been doing well. But Star is not an investment company, if the shows’ ratings don’t improve, matters might come to a head," the Star executive said.