New ICC CEO likely to be decided next week

New ICC CEO likely to be decided next week

New Delhi: The new ICC chief executive, who will replace Haroon Lorgat, is likely to be finalised next week from among the four shortlisted candidates.

David Collier (ECB CEO), Dave Richardson (ICC’s current general manager, cricket), Tarun Kunzru and an Australian name whose identity could not be ascertained, were interviewed in Mumbai on Sunday by the ICC nomination committee, which is headed by President Sharad Pawar. 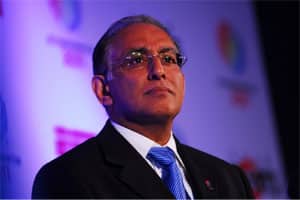 After internal discussions, the committee is expected to recommend the final name via teleconference to the ICC board comprising ten Full Members and three Associates.

The chosen candidate would then go for endorsement to the full council at the ICC’s annual general meeting, scheduled for late June in Kuala Lumpur.

The four candidates, who were shortlisted by the global executive search company Egon Zehnder, reportedly did not have to make any presentations because the interviews were plain but extensive conversations that lasted at least 90 minutes each.

An ICC source told the website that all four candidates stand an equal chance at this stage even if not much is known about Kunzru (who is of Indian origin, and, according to Pawar, works in the Middle East), and the Australian.

Meanwhile, Collier has rich experience in the executive role, having managed ECB as CEO for the last eight years. Richardson has a good understanding of how the ICC operates in addition to having a good rapport with players.