Chennai / New Delhi: The Hindu’s editor-in-chief N. Ram decided to initiate legal action against senior editors and executives at The Indian Express for publishing a story on what’s purported to be an internal tussle at the newspaper’s publisher Kasturi and Sons Ltd, largely involving his alleged reluctance to retire from his post when he turns 65 in May. 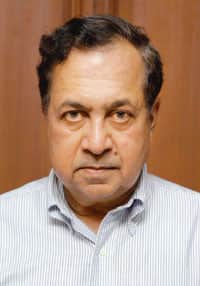 The Express characterized the family behind the Hindu as “divided" in the article published in Thursday’s edition.

One member of the family, N. Ravi, tweeted on Thursday to the effect that Ram’s earlier threat to file a criminal defamation suit against the Express wasn’t in keeping with The Hindu’s stand that this repressive tool not be used against journalists.

Another, Malini Parthasarathy, tweeted that “as journalists, we should not be afraid of public scrutiny."

“These reports are riddled with demonstrable falsehoods and defamatory assertions, some of them attributed to unnamed sources, made with reckless and malicious disregard for the facts and the truth," Ram said in a statement issued in Chennai.

According to Ram’s statement, which was posted on the websites of The Hindu and The Hindu Business Line newspaper, one of the decisions of the board at a meeting on 20 March was to redesignate Murali as senior managing director with responsibility and supervisory powers over the department of circulation.

The statement added that Balaji had been appointed managing director.

A careful reading of the statement seems to suggest that Murali’s considerable powers over administrative and business functions at Kasturi and Sons have been distributed among several board members, with R. Ramesh overseeing the key function of advertising.

If the Express report—which said the original plan was to have Ravi replace Ram—is true, this won’t be the first time Kasturi and Sons is witnessing a tussle between the members of its founding family.

One such instance, in the early 1990s, saw Ram’s exit from The Hindu—he oversaw Frontline, Sportstar and The Hindu Business Line, between 1991 and 2003. Another such, in 2003, saw his return to The Hindu.

Defending its report, a statement issued by The Express Group said: “The report, ‘Battle for control breaks out in The Hindu very divided family’, (The Indian Express, The Financial Express, 25 March 2010) is based on information received from multiple and high-level credible sources. All facts were verified and cross-checked to the highest standards of accuracy and fairness that The Express Group holds itself to. We believe our report was neither malicious nor defamatory. We have great regard for The Hindu as an institution and for its editor-in-chief N. Ram as a journalist and editor for their commitment to principled journalism. We stand by our report and the reporter."