What makes Bhupen Khakhar a hit at auction

Bhupen Khakhar, known for his unique figurative style, a vibrant palette and an astute observation of class and sexuality, is a classic example of an auction success

New Delhi: Bhupen Khakhar, the late Indian modernist artist who refused to conform to the norm, set a new sale record this October. The painting De-Luxe Tailors (1972), from his Tradesman series and indicative of his early style, went for Rs9.5 crore at a Sotheby’s sale of works from the private collection of British artist Howard Hodgkin in London on 24 October. This amount it fetched doubled the previous record for a Khakhar—Rs4.31 crore for Night (1996) at a Christie’s London sale in June 2014. Khakhar, known for his unique figurative style, a vibrant palette and an astute observation of class and sexuality, is a classic example of an auction success. Khakhar, who died in 2003, became a talking point in the art world after a scathing review by art critic Jonathan Jones in The Guardian of the artist’s 2016 retrospective at the Tate Modern, London. “He is genuinely just not much good," was Jones’ view of the exhibition titled You Can’t Please All, which also featured De-Luxe Tailors. The remarks led some Indian art critics to accuse Jones of taking an Orientalist point of view. 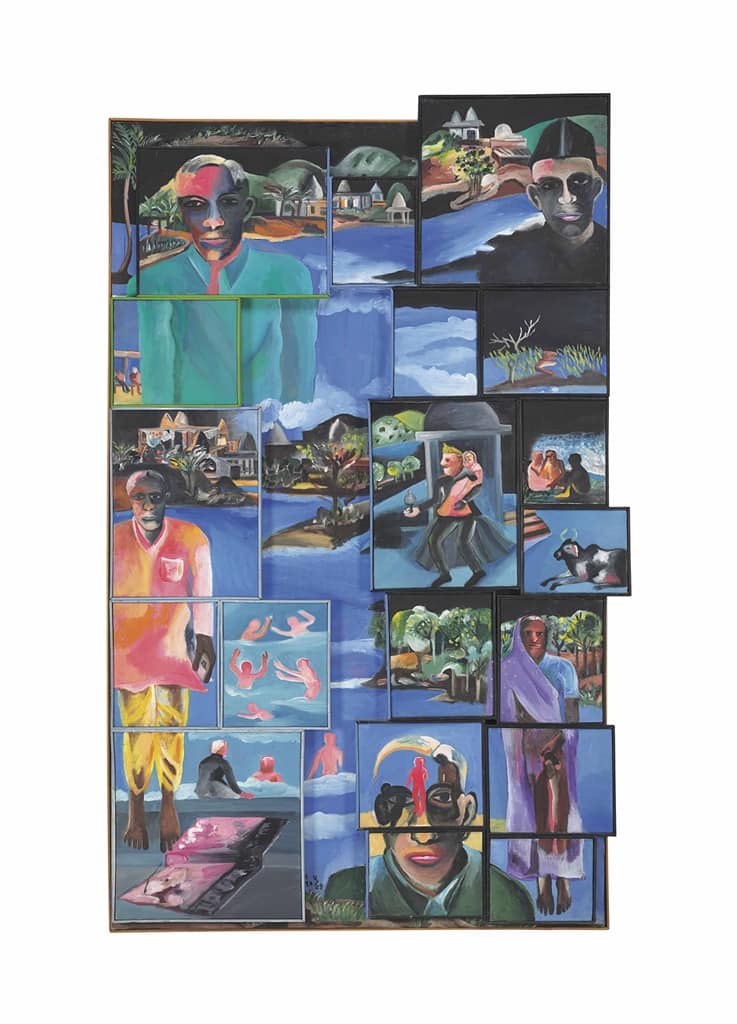 International recognition came to the self-taught Khakhar well before his success in India, when Hodgkin helped him organize a solo exhibition in London in the late 1970s. Another British admirer was the artist David Hockney.

“Collectors tend to take an artist more seriously following the validation of an international museum—as in the case of Bhupen, following the Tate announcement, with the rise in interest and valuation," said Arvind Vijaymohan, chief executive officer of Artery India, an art market advisory and intelligence firm.

International shows, said Hugo Weihe, CEO of the auction house Saffronart, not only help artists transcend geographical boundaries, but also lead to a likely rise in the price of their works. The Tate retrospective, although long overdue, was a milestone for Khakhar, he said. “His work, which is highly unique, has all the makings of a success story on the auction platform." Muslims around a mosque sold for Rs3.08 crore at Sotheby’s.

In the 17 months since the opening of the Tate show (June 2016 to October 2017), 37 Khakhar paintings have sold in 22 auctions for a total of Rs23.82 crore. In comparison, 22 works were sold in the 17 months leading up to the London exhibition for Rs10.09 crore, according to data from Artery India.