Mumbai: The Telecom Regulatory Authority of India, or Trai, which also oversees the broadcast sector, recently recommended that there should be no cross-holding between television programme rating agencies and broadcasters, advertisers and advertising agencies.

It was to address the controversy over ownership patterns of audience measurement companies that the Broadcast Audience Research Council, or Barc, was formed in 2007.

Television viewership patterns in India are measured and analysed by two companies: TAM Media Research Pvt. Ltd, a joint venture between ACNielsen and IMRB International, which is owned by Kantar Group, a WPP Group Plc. company, and Audience Measurement and Analytics Ltd.

As competition intensifies in the broadcast industry, Mint asked four leading names in the advertising and communications space whether advertising agencies, clients and broadcasters should be allowed to have a stake in TV audience measurement companies. Edited excerpts:

Basically, there are two models for TV audience measurement. 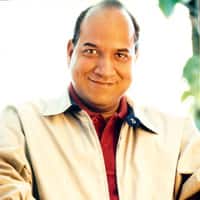 The downside of this approach is that once its audience measurement becomes the market currency, it is not entirely unnatural for the research agency to behave as a monopoly. The research agency’s key motivation can be maximization of profits. This can result in limited or no improvement in research design and samples, and in subscribers continuing to pay high prices long after the research agency’s capital costs have been recovered.

That said, it is also possible for an agency to be guided by enlightened self-interest—to keep its users reasonably satisfied. There are a number of markets where TV audience measurement continues to be managed by individual research agencies. Examples of such markets, if my knowledge is up to date, are the US, Canada and Japan.

In the second approach, the users collectively take control of TV audience measurement. They take a view on the appropriate technology to be used and investments required, raise money from the users and direct (that is, give directions for changes) and fund improvements in the research methodology and design over time. They take responsibility so that the kinks that appear from time to time in any sample-based estimation are sorted out. They also ensure that the price charged for measurement is fair.

For instance, in the UK, audience measurement is managed by the Broadcasters’ Audience Research Board Ltd, or BARB. It is a non-profit limited company owned by broadcasters BBC, ITV, Channel 4, Five, BSkyB and the Institute of Practitioners in Advertising. Under the direction of BARB, RSMB Television Research Ltd, Ipsos MORI, AGB Nielsen Media Research and TNS (all market research firms) conduct the actual research and provide TV audience measurement services. The system seems to work well.

I believe that for a market such as India, the second system, where the users have a say is the better system. I am not saying that there is any kind of malpractice involved in the current system of data collection, but when certain parties have interests in the company, automatically questions will be raised (about the authenticity) of the data. It will be at the back of most people’s minds when they use the data.

Barc is a neutral body where clients, agencies and broadcasters have equal participation and there is a uniform standard for all. My feeling is that this would be the industry currency ahead.

Ideally, there should not be cross-holdings between users and generators of 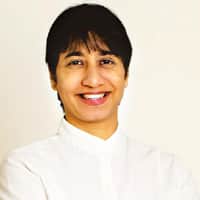 Therefore, one would expect that good business ethics and practices would be applied across all the businesses. Per se, if proper controls and regulation were applied, there would be no problem with cross-holdings. It is not the ownership of a company that solely determines the way it conducts its business.

In the case of TV (programme) ratings in India, the problem lies in the current model that rests conduct, ownership and pricing of data purely with the research agency with no industry control or supervision whatsoever, leaving room for doubt and suspicion. This is the first thing that Barc will overcome.

I am of the firm opinion that while broadcasters can have a stake in the ratings company, neither agencies nor non-broadcaster advertisers should be allowed to own a stake. Also, one needs to ensure that at least the Top 3 players are represented through a stake. Ideally, it should be the Top 10 networks (multiple players ensure that the broadcasters will keep an eye on each other and ensure that there are healthy checks and balances in the system, hence?preventing subversion of the measurement system).

On the flip side, one agency network owning a stake in the measurement system can create problems, either real or perceived, for the rest of the market.

Also, this puts too much power in the hands of the buyers. Not only do they beat down rates, but they can also threaten to beat down the numbers. Whether this is done or not is not the point, it is a very potent threat!

The broadcasters need a currency that they are confident of and the best way to create a robust measurement system is to encourage them to participate in the process and in the ownership. This, then motivates them to invest a percentage of their turnover in the measurement of the ratings. Not only that, this approach helps the smaller channels by distributing the contribution in tune with the revenue generated by each channel from ad sales—hence creating a transparent, effective system.

What’s more, all advertisers will benefit since they would have a more robust panel with better representation of niche channels and audiences.

As long as the research agency sees this as a commercial proposition (and rightly so), it will be reluctant to invest and expand the panel as any expansion will eat into margins in the mid-term. In any case, advertisers and agencies are always reluctant to pay more for a service that is already expensive as it is.

There are different systems that work across different markets, but in most cases, there is stronger participation of broadcasters than (what) we have seen in India.