Barely a month into 2009, several leading lights of the Indian advertising fraternity are busy pencilling into their calendars the international advertising award festivals they have been invited to attend as jury members. 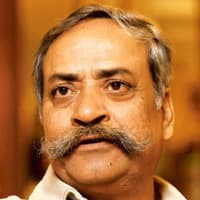 Agnello Dias, former chief creative officer of JWT India, who is in the process of launching an independent agency, K.V. Sridhar, national creative director, Leo Burnett India Pvt. Ltd, and Kamlesh Mehta, senior creative director, RMG Connect India, the relationship marketing arm of JWT, are on the panel at the New York Festivals (NYF) International Advertising Awards, scheduled for May. Dias has also been invited to judge entries at The One Show, a US-based advertising award show, in May, and the Dubai International Advertising Festival, incorporating the Dubai Lynx Awards, in March. Jasmin Sohrabji, managing director, OMD India, and Srikant Shastri, managing director and co-founder of Solutions Integrated Marketing Services Pvt. Ltd, will also be joining Dias on the Dubai Lynx panel. The 2009 Asia-Pacific Effie awards, which recognize the best advertising campaigns for the Asia-Pacific region, are set to take place in India in March, with Shashi Sinha, chief executive officer of media buying agency LodeStar Universal Pvt. Ltd, as jury chairperson. Many more invitations are expected, say advertising professionals.

Over the past decade, Indian representation on juries for international award shows has been on the rise. Experts say India’s growing economy and ever expanding market for consumer goods has attracted international companies, and indirectly turned the spotlight on the Indian advertising industry. “From an advertising industry perspective, India is gaining prominence because brands still sell here and the future holds good compared to most other markets," says Prathap Suthan, national creative director of advertising agency Cheil Communications India. “And it doesn’t just work one way. I think last year, Indian ad festivals such as the Abby’s had more global representation compared to previous years as well." 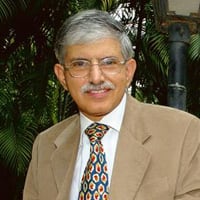 “India started participating in global award functions from the late 1990s and since then, we have come a long way in terms of output and quality. And like every industry comes of age in terms of international recognition, it is safe to say we too (the Indian ad industry) have come of age as of 2008," says Piyush Pandey, chairman, Ogilvy and Mather (India) Pvt. Ltd, whose award-winning work has been credited to a large extent with putting the country’s creative talent at the global forefront. Pandey was the first jury president from Asia at the Cannes Festival in 2004. This year, he will be addressing the Dubai Lynx festival. “It will now be considered unusual to not spot an Indian at any given international ad festival these days," he says. 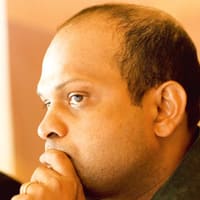 Sam Balsara, chairman and managing director, Madison World, says the presence of the country’s ad fraternity on international panels is a reflection of the high standard of creative talent here. “Each year, you see more Indians on the juries of ad festivals—that is because India’s creative talent is getting recognized." He will be one of the speakers at the Festival of Media, earlier known as Venice festival, which will be held in Valencia, Spain, in April.

In 2008, the industry brought home 23 Lions from Cannes, twice the number India has ever collectively received before. The festival won the industry its first Grand Prix award, the highest prize, in the Direct Lions category for JWT India’s Lead India campaign for The Times of India, published by Bennett, Coleman and Co. Ltd. Awards were also won at Clio Awards, NYF, The One Show and the Singapore Outdoor Advertising Awards.