Home >Industry >Even Archie comics use this image

Even Archie comics use this image

Even Archie comics use this image

Raghu Bhat and Manish Bhatt, both vice-presidents and executive creative directors at Contract Advertising (India) Pvt. Ltd, on a television commercial and how they would havedone it.

The advertisement for shock-free appliances from Havell’s India Ltd features a family going about their daily life. The only odd thing about them 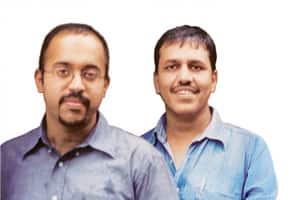 If the brief for this commercial is shockproof appliances, then the first visual imagery that comes to mind is of someone with their hair standing up. The imagery has been used so often in the past. Ogilvy & Mather India Ltd used it for Perfetti Van Melle India Pvt. Ltd, chewing gum—Center Shock. The commercial showed a man walking into a barber shop, asking for an Afro look, and the barber gives him a Center Shock gum to make his hair stand on its end. Even Archie comics use this image to show someone who has just been electrocuted!

How I would have done it

I would have changed the advertisement completely. The scene could open in a high-security prison where the guards are walking this man on death row to his execution. He is brought into a room with an electric chair, and the drama is really played up with grim images of the room with guards, a warden and a priest. The warden then presses the switch to complete the execution, but he himself gets a shock.

The last frame shows the prisoner, still strapped to the electric chair, with this bemused expression on his face as he wonders what happened.