Mumbai: There’s no such thing as too much cricket. Flush with the success of the recently concluded India-Sri Lanka series, an executive at the Neo Cricket channel, part of Neo Sports Broadcast Pvt. Ltd, claims the channel has already sold out 70% of its advertising inventory for the India-Sri Lanka-Bangladesh tri-series, which started from 4 January. 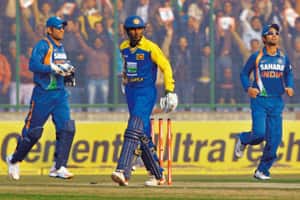 However, the success of the recent India-Sri Lanka series and the impressive average rating of 7.7 (according to TAM numbers quoted by Neo Sports)—said to be 15% higher than the popular IPL Season 2 ratings—has helped Neo sell its India-South Africa cricket series at a premium. The ad inventory for the India versus South Africa matches in February is priced at Rs3.5 lakh for 10 seconds.

According to Abhishek Verma, marketing and communications head of Neo Sports, the channel will be launching a massive ad campaign to promote the series.

“We are positioning it as a world championship series since it involves two very important teams. Our brand ambassador Harbhajan Singh will be a part of the publicity campaign for the South Africa series and the baseline will continue to be Dekh Lega India," Verma said.

The campaign will be aired on various news, music and entertainment channels, and a variety of mainline and regional publications, Verma added.

According to a Neo Sports executive, who did not want to be named, the channel made at least Rs205 crore during the India-Australia series held in October-November 2009. It mopped up Rs175 crore during the India-Sri Lanka series with Tata DoCoMo as the main television event sponsor. The ground sponsorship rights were held by Jaypee Cement Ltd and Karbon mobile.

The tri-series has been named the Idea Cup because Idea Cellular Pvt. Ltd holds the title sponsorship and ground rights. Like most other cellular operators, Idea too has a strong involvement with cricket.

It was associated with the India-Sri Lanka matches played in Colombo in 2008 and also partnered the Mumbai Indians team franchise in the last IPL season.

“The mood around the series remains positive as we’ve successfully concluded the India-Sri Lanka series," he said. Tata Motors Ltd, has already been signed on as an associate sponsor, Udupa added.

The Tata Motors’ spokesperson also agreed that the firm was betting big on the tri-series.

In a fragmented TV viewership market where 400 channels are competing for eyeballs, only the top-rated shows garner a TV rating of 6 and above.

Asked if advertisers would be compensated by Neo Sports for the abandoned India-Sri Lanka one-day international at the Ferozshah Kotla ground in Delhi, Udupa said the situation was fluid and that the issue would first be resolved between the Board of Control for Cricket In India and Nimbus Sports International Pte. Ltd.

Meanwhile, even the IPL Season 3 inventory has been 80% sold out.

Rohit Gupta, president of network sales, licensing and telephony, Multi Screen Media Pvt. Ltd, said it was closing deals for 10% of the remaining inventory at Rs5 lakh for 10 seconds.

“We will keep some bit of the ad inventory aside (the remaining 10%) for sale once the matches start. This last-minute inventory should sell for Rs6-7 lakh for 10 seconds," Gupta said.

Sudarshan Rajan, senior business director, Mediacom India Pvt. Ltd, said cricket advertising spends exceeded the Rs1,000 crore mark in 2009. “These are likely to increase by 20-30% in 2010. While the Indian Premier League is for most part sold out, the Neo Sports tri-series also has enough takers. The last few matches between India-Sri Lanka have fetched a television rating of 8," he said.

“I expect an average rating of 4 at the very least from the tri-series," she said.