With around 35-45 million Internet users, India would seem to be a small market for online companies. Yet, the online business continues to see a lot of action from global as well as local players. In two separate interviews, John Kremer, vice-president, Yahoo Mail, Yahoo Inc., and Ajit Balakrishnan, CEO and chairman, Rediff.com India Ltd, assert that the current size of the market notwithstanding, for Internet companies, India is where the action is. “In the next six or seven years, India is likely to be among the world’s top three Internet markets," says Balakrishnan. “For us, India is a strategic market and we will continue to invest here to build our operations," stresses Kremer. While both companies are aggressively trying to increase their market share through localization and innovation, they seem to be following different routes to growth.

What is your India strategy?

Kremer: This year, Yahoo has concentrated on providing local content. Yahoo tied up with the Jagran Group to launch a portal that supplies Hindi news. John Kremer, Vice-president, Yahoo Mail: We’ve invested in our R&D facilities and infrastructure that will help us innovate further

We have invested in our research and development facilities and (in) infrastructure that will help us innovate further as per the changing needs of the Indian market.

Balakrishnan:There are 35 million active users of the Internet in India today, according to a report by Comscore, and India has one of the cheapest rates for broadband. Nearly everyone walks about with a (mobile) phone with video capabilities. We want to tap this segment and develop a product for new broadband users. We launched iShare in July,and today the site has more than one million viewers per day, and a user base of approximately six million. There is a good probability that most video sharing websites will morph into social networking sites, and it is something we are working on, too.

In India, the online advertising market is still small, with revenues of around Rs300-400 crore. Why?

Kremer: It’s difficult to get advertisers on board until the product is fully developed. As in other countries, it is important to first build the product according to the needs of the country, before it attracts both users and advertisers. Localized content through Web mail is still very new for us in this market, so we do not have any advertisers yet. But, they are interested in this concept as it helps them streamline their approach. There are a lot of advertisers trying to reach out specifically to this segment. 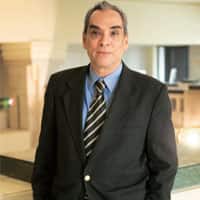 Balakrishnan: For Rediff, 80% of our revenue comes from advertising and 20% from corporate accounts, online shopping, etc. But, it is always difficult to attract advertisers online if there are not enough users. It has been a little over 12 months since the launch of iShare but, so far, we only have Airtel as an advertiser.

We have a strategic partnership with (Zee TV’s talent show) Sa Re Ga Ma Pa Challenge, but it doesn’t generate any revenue as of now. We are in talks with popular shows of other networks, which I can’t talk about just yet.

I don’t know if it will ever generate revenue, but it just might, one day. Nobody has made money on social networking so far.

Nobody knows how to go about it. But, when 10 million people congregate, somewhere down the line, the company will make money, and it will be related to advertising.

Social networking is a big phenomenon in the online space. You seem to be moving rather slowly on this front. Why?

Kremer: Yahoo needs to be more social. (But) we already have a very successful service called Yahoo Answers, which involves a lot of user interaction. Also, we want to make Yahoo mail more social by combining properties such as SMS, instant messenger and emails. It’s too early to tell what we’re planning, but it will be a convergence of communication channels.

Balakrishnan: Social networking is to an online property what sit-coms are to a general entertainment channel: It’s a must. There are many versions to what a social networking site is but really, it is anywhere that people interact, and today, there are many such small executions (sites).

Social networking is an interesting phenomenon in the online space. It will, in fact, have to be morphed into every online initiative. Our first effort, called Connexions, today has a loyal user base of two million people. But it is a serious product—not a boy-meets-girl (one) such as Orkut and the other social networking sites. Video sharing being the most popular exercise among Net users, we decided to enter this space with iShare in July. Now, having bolstered our presence there, we plan to extend the platform for social networking. We hope to introduce social networking features on iShare very soon.