"storyDirectUrl"
OPEN APP
Home / Consumer / Will Big B be able to do for Colors what he did for Star?

Will Big B be able to do for Colors what he did for Star?

Will Big B be able to do for Colors what he did for Star?

Hindi general entertainment channel (GEC) Colors is pulling out all the stops to become the undisputed No.1 on the ratings chart, a position that has been see-sawing between Star Plus and Colors since April. The channel that was at No. 2 in the week ended 29 August added some big-ticket fire power on Friday. Amitabh Bachchan will return to TV after a five-year break in the next season of reality show Bigg Boss, scheduled to go on air by the end of the year. 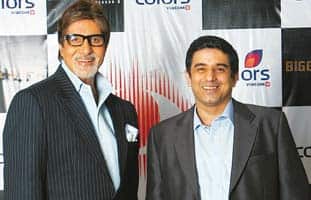 Lucky charm: Amitabh Bachchan and Colors CEO Rajesh Kamath. Colors is confident that this big-ticket investment will be a winning one.

Colors and CNBC-TV18 are both part of Network 18.

Bachchan’s debut on TV in the 2000 as the host of Kaun Banega Crorepati (KBC) changed Indian TV history. With an average television rating points (TRPs) of 14.13 over its 309-episode run, Bachchan’s charisma swept the entire nation, revived his flagging career, and propelled Star Plus to a nine-year reign as the top GEC. TRPs denote the total percentage of viewers watching a particular programme at a given time.

Star Plus recreated the buzz by bringing back Bachchan in August 2005. The first episode of the second season broke TV records by pulling in at least 19 TRPs. Ten-second spots were reportedly sold for at least Rs3 lakh. A neat price for a show that garnered an average rating of 10.76.

While that 84-episode run was cut short midway by his illness, Bachchan says he is ready for TV again. The role of the anchor has been enhanced to accommodate Bachchan. The host will now be positioned as a pop philosopher.

As the actor says, it’s a role that was jointly conceptualized by him and the team at Colors. Explaining the process, he says,?“What prompts the inmates to behave the way they do, being locked up with 35 cameras tracking their every move? It would be nice if I, as a weekly reporter in a sense, came in, talked to them, analysed what they did for the entire week. And not just talk to them but to people outside, the viewers and the public, and maybe assess, debate and leave something for the audience to discuss on the dining table."

Since April, when Colors first took the No. 1 spot from Star Plus, a battle has been on between the two channels. For the week ended 3 September, Star was at No. 1 again with 299.6 gross rating points (GRPs) and Colors coming in second with 288.5 GRPs. GRPs are the sum total of TRPs over a given period of time.

Last year, the Bigg Boss formula proved successful for the then month-old channel. With a peak rating of 3.56 for its final episode, Colors was able to increase its channel share from a measly 2.82% to a powerful 6.47%. The question is, will Bachchan be able to do for Colors what he did for Star Plus nine years ago? Colors is confident that this big-ticket investment, that’s for a 12-week period to begin with, will be a winning one.

As Colors CEO Rajesh Kamath puts it, “Advertisers on reality shows actually sign up not only for FCT (free commercial time) and ratings, they do it for association. And association with brand Bigg Boss and Bachchan, I think it’s a winning combination."

Though media planners admit that Bachchan’s return to the small screen will generate a buzz among couch potatoes, they maintain that the novelty factor of a celebrity host no longer exists. Be it celebrities such as Salman Khan, Shah Rukh Khan or Akshay Kumar, or lesser-known faces like Manisha Koirala and Soha Ali Khan, the idea is no longer new. As media planner Punitha Arumugam says, it’s only the ratings that matter. “I don’t believe now there will be an attraction towards the show from advertisers because of the star, even if it is Bachchan. At the end of the day, we are interested in ratings. And that holds for any reality show—a repeat season never has the same response. Ratings rarely go up. This time, the Amitabh Bachchan factor may give a fillip to the show. But ratings will be at par or only slightly better than the average drawn by the Shilpa Shetty-powered second season," says Arumugam. Season 2 of Bigg Boss on Colors garnered average ratings of 0.79 in its 98-episode run.

According to Starcom MediaVest Group CEO Ravi Kiran, KBC did well because it was the first to have a superstar host and impressive prize money. Advertisers are not awestruck by stars any more, he says. “They will pay serious amounts of money to buy spots or sponsorships, but they will evaluate on merit, with or without a star."

Sameer Nair, chief executive officer of NDTV Imagine, oversaw the birth and growth of KBC during his time at Star India. Though he agrees that the impact of KBC cannot be replicated, he maintains that it would be unfair to compare the shows. He reasons, “Bigg Boss and KBC are completely different formats and it would be unfair to compare Bachchan’s performance between the two shows. From what I understand, Bachchan will be present only on the Friday episodes of the show, during the elimination process, and not daily as a host. But I do believe Bachchan’s presence will attract new audiences who are otherwise not drawn to reality shows like Bigg Boss."

Hindi GECs as a genre together account for between Rs2,500 crore and Rs2,800 crore in ad revenue. Colors is determined to take the biggest slice possible. As Kamath of Colors says, “In the last 14 months, we’ve managed to reach the top spot. But the fight at the top is quite intense. It’s a weekly battle. What we hope the show manages to do for us is widen the gap."