Thanks for Visiting Mint
You seem to have an Ad Blocker on. Please turn it off in order to continue, or whitelist Mint
HOW TO TURN OFF AD BLOCKER
OR
REFRESH IF YOU ALREADY TURNED OFF THE AD BLOCKER
Home >Industry >Broadcasting regulator switches on; viewers can get redressal now

Broadcasting regulator switches on; viewers can get redressal now

Broadcasting regulator switches on; viewers can get redressal now 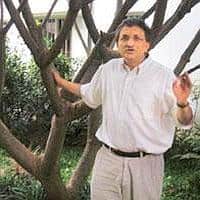 Media watchdog: Historian Ramachandra Guha is one of the four ‘eminent’ persons on the authority; it also has four editors and a chief. Indrajit Hazra / Hindustan Times

“Broadcasters have been thinking about self-regulation for a long time—just like the advertising community has the Advertising Standards Council of India," said NBA president G. Krishnan, who is also the executive director of TV Today Network Ltd that broadcasts channels, including Aaj Tak and Headlines Today.

“NBA itself was set up with the intention of formulating a code of ethics and a self-regulatory body. We only thought the viewer should have a window for redressal of a grievance," Krishnan said, denying that the setting up of the authority had anything to do with the government’s attempts at regulating content aired on television channels.

NBA has 14 members, who together represent 30 channels, according to secretary general Annie Joseph. She said it accounts for a substantial chunk of news viewership as all the leading networks are members.

Currently, the Telecom Regulatory Authority of India regulates TV transmission and technology and the ministry of information and broadcasting (I&B) regulates content.

Media owners and professionals have strongly resisted the government’s attempts at regulating content, arguing that any such move would muzzle the media’s independence and freedom of speech.

“I have often found that social sanction and peer pressure are more effective than legal sanction," Verma said, speaking at a media conference announcing the authority.

The code that NBA made public on Thursday has detailed guidelines to ensure standards in accuracy, fair and balanced reporting and neutrality.

All channels must make provisions on their websites for viewers to point out errors and channels are expected to correct the error on-air, the code stipulates.

Anyone aggrieved by a news item can approach the authority, which comprises nine members—four “eminent persons" and four editors, besides the chairman.

The authority can impose a fine not exceeding Rs1 lakh if a channel is found guilty and can also ask the erring channel to inform its viewers about the punishment and warnings.

The I&B ministry has issued 80 warnings in the past four years to various channels for violation of the programming and advertising code. Of this, alleged programming code violations have mostly been committed by news channels, with entertainment channels being mostly hauled up for airing certain advertisements, according to a recent list released by the ministry.