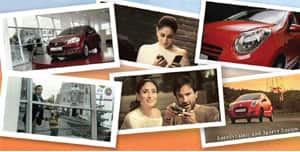 As the economic slowdown deepens, advertisers such as Bharti, car maker Ford India Pvt. Ltd and consumer products maker Whirlpool of India Ltd are trying to optimize their television ad spending by moving to targeted channels known as frequency builders because they offer advertisers the scope to air their ads at a much higher frequency to select audiences.

An executive at a GEC says that auto brands such as Fiat Linea, Mahindra Xylo and Maruti A-star are running little or no advertising on GECs. “At face value, it appears that automobile companies are doing a great deal of brand-building even in tough times, but the fact is that most are cutting spends drastically on general entertainment," says the executive, who didn’t want to be identified. “They are running spots on cheaper channels such as news channels or movie channels."

Airtel’s ad seconds on news channels Aaj Tak, India TV and Star News, in contrast, jumped from 12,380 in September to 50,245 in January—across Star News, India TV and Zee News. Similarly, Airtel’s ad seconds on Hindi movie channels leapt from 3,420, only on Star Gold, in September to 25,050 on Set Max, Zee Cinema and Star Gold, combined, in January. “Airtel’s media spends are decided on the basis of its business objectives and target audience," says an Airtel spokesperson.

Punitha Arumugam, group chief executive of media specialist Madison Media Group, says that as the slowdown worsens, brands that are either focused on men or are low budget will be the first to move their advertising out of GECs to lower-cost genres. In fact, even makers of consumer care and home care products “which are traditional GEC brands are shifting significant monies to non-GEC genres", adds Arumugam, who didn’t share any information on any of Madison’s clients.

Officials at Multi Screen Media Pvt. Ltd, the owner of Sony and Set Max channels, said they have not noticed any such trend. No comments were available from Star India Pvt. Ltd.

To be sure, a popular programme on a GEC could attract hundreds of thousands of viewers compared to tens of thousands for a news capsule or a show on a music channel. But the huge viewerships once commanded by various GEC programmes have been declining through the years with changes in viewing habits, media specialists say.

News channels’ viewerships are, in the meantime, rising because of incidents such as the Mumbai attacks in November that were beamed live to TV audiences.

An executive at Fiat India Automobiles Ltd says its advertising plan is tailored for the target group’s media habits. “We have focused the ads on those channels that will give us maximum exposure with the target audience with minimal wastage," adds the executive, who didn’t want to be identified. It so happens, this person says, that the Linea target customer is watching more of news and English entertainment and movie channels and less of Hindi or general entertainment.

Broadcasters estimate the annual ad spending on TV to be about Rs8,000 crore currently, with GECs accounting for about 30% of this. If automobile companies were earlier spending 60% of their total TV budgets on GECs, they are now spending about 40%, says Sanjeev Shukla, general manager, Ford India.

Even big advertisers get only one or two spots during prime time around coveted programmes on GECs and if viewers miss those spots, they miss them for good, says Shukla.

The high-frequency card can be played in various innovative ways. Nandini Dias, chief operating officer of Mumbai-based media specialist LodeStar Universal, says the Mahindra Xylo campaign ran in two parts: The teaser spots were not aired much on GECs, instead being aired mainly on news and music channels. The second part, the main ad, aired largely on GECs as a part of the media mix, she says.