Three Indians have made it to the annual ArtReview Power 100, a global list of the most powerful people in the art world, in a sign of the rising significance of the country’s Rs1,500 crore art market. This is the first time India has a presence in the list. 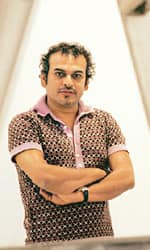 Every year for the past six years, the 58-year-old London-based international contemporary art magazine has drawn up the Power 100 list based on the value of private art collections, the positions people hold in the international art market, the importance of the fairs they organize, the market value of the works they create, and several other indicators.

The list continues to be overwhelmingly made up of American and European collectors, artists and gallerists, but for the first time this year, it contains three Indian names. According to The Wall Street Journal (WSJ), the Indian art market saw prices rise 483% between 2005 and 2006.

Tuli and Gupta are travelling and could not be contacted, while Poddar declined to comment on the subject.

“This is a very important and good sign of the times," says curator Gayatri Sinha. “Just this year, there have been at least eight Indian art exhibitions in the US alone, and this has never happened before. When Indian art starts appearing in galleries, museums and biennales, then obviously visibility in the international market goes up and its importance increases." 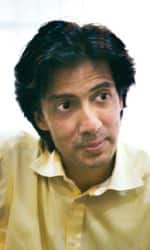 Neville Tulli of Osian’s is at No. 99

“Selecting the top 100 movers and shakers in this shifting landscape is inevitably fraught with difficulties. Who wields more power: a top art dealer with a network of galleries or the director of a major museum? How do you compare influence in India to influence in New York? How do you evaluate money in a market where pricing transparency is non-existent and deals are sealed on a handshake in a back room?" wrote Georgina Adam, chairwoman of the ArtReview Power 100 selection committee for 2007, in WSJ earlier this week.

Still, international media coverage seems to have played a big part in the selection of Indian candidates. Gupta has been a popular face on the international art circuit, with entries at biennales, art fairs and contemporary auctions; Tuli has been very busy at international auctions, buying up all sorts of artefacts, from Elvis Presley memorabilia and Javanese Goleks to rare Buddhist books and Japanese masks; and Poddar was recently part of the DaimlerChrysler Contemporary show in Germany.

“The list has been drawn up on the basis of what they (the people who put together the list) have seen and read in the international press. 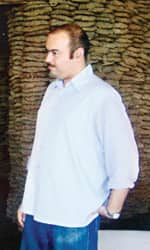 Art collector Anupam Poddar is at No. 100

Incidentally, Gupta is also a favourite of French collector Francois Pinault, who is No. 1 on the ArtReview list. Tuli oversees a $25.6 million (Rs101 crore) art fund—the largest in Asia—and with more than 33,000 works of classical and modern art, has the largest and most comprehensive collection of Asian art in the region.

Poddar, owner of the Devi Garh resort, is India’s most fastidious and important collector of art. Next year, he will open India’s first visual arts foundation called the Devi Art Foundation, which will showcase some 2,000 works that belong to him and his mother Lekha Poddar. “With some 6,600 works, he’s one of the biggest (collectors), and few have Anupam’s commitment and approach to collecting," says Ranjana Steinruecke of Mumbai’s Galerie Mirchandani+Steinruecke.

“He has devoted the space, appointed curators and documented his collection with a great level of professionalism."

However, while the art world here seems to be happy with the recognition, there are rumbles that they would probably have chosen differently.