Dubai: The ICC has hailed the guilty verdicts handed out to tainted Pakistan cricketers Salman Butt and Mohammad Asif by a London court and said it should serve as a “further warning" to players who might be tempted to engage in corruption within the game. 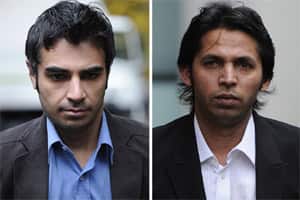 “We hope that this verdict is seen as a further warning to any individual who might, for whatever reason, be tempted to engage in corrupt activity within our sport," Lorgat added.

The Southwark Crown Court in London on Tuesday found Butt and Asif guilty of conspiracy to cheat and conspiracy to accept corrupt payments for fixing part of a Test match at Lord’s in 2010.

The third accused, 19-year-old pacer Mohammad Aamir, who was also involved in the conspiracy, did not face trial as he had pleaded guilty.

The ICC also said that the verdicts will “have no impact" on the length of the suspensions meted out to them at its own hearing in Doha early in 2011.