London: With just hours left to go in the 2012 London Olympic Games, one can safely say that this has been an utterly enjoyable edition. World records began toppling from the first day of events, the opening ceremony was more-or-less widely appreciated, the home team has done spectacularly, the city of London has coped courageously with the record crowds, and almost every high-profile discipline has delivered memorable moments.

But what were some of London’s finest achievements? Where did they mess up? What should future host cities learn from London? 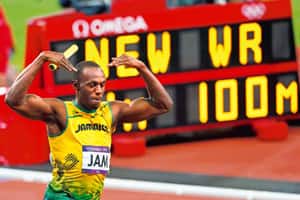 London combined those learnings with robust online routing websites, extensive signage and immediate repairs of breakdowns on the tube network. But the masterstroke was giving away an all access day pass to the city’s transport system with every ticket to an Olympic event. Genius.

2. The second secret was astonishingly friendly network of volunteers. It was well nigh impossible to go anywhere in central London or around the venues without bumping into an Olympics volunteer. Look even mildly disoriented and a volunteer would pounce on you immediately. What is even more remarkable: almost all of them were unpaid.

3. London didn’t go overboard on security. Before the games, there were fears that grim armed men in uniform would descend on the city. Who knows? Perhaps they did. But it wasn’t that obvious. There were also fears that security checks at venues would lead to long lines. Instead, the organizers executed an airport-like strategy at venues such as the ExCel Arena.

Early arrivals could spend time at the restaurants, watching exhibitions or watching events on the big screen. Leaving the security areas free for latecomers.

1. This is 2012. The world deserves a better online experience to view the Olympics especially in countries saddled with rubbish broadcasters such as NBC. The IOC needs to think about scrapping nation-by-nation rights to streaming video and having one globally accessible video portal.

2. Don’t scare away people. Especially the locals. Especially if your transport systems have been sorted out. There have been several reports, some disputed, that contrary to expectations, the Olympics have led to lower traffic and retail business in central London. In other areas, crowd management has been so efficient that traders who paid top pound for concessions stands have had nobody to sell to. Host cities need to turn down the paranoia a little.

3. Empty seats are inexcusable. Especially when millions of applications from British buyers, whose taxes pay for the jamboree, have been turned down. The organizers did try to sell some unused tickets back to the public. But it was too little too late. This writer spotted two entire vacant sections during the women’s football gold medal match. The IOC needs to rethink its policy of reserving seats for the so-called “Games Family".

4. Boxing needs to clean up or ship out. Badminton had its problems during the games. But at least they had the gumption to do something about it. Boxing continues to bewilder.