Modern masters to take pride of place at Saffronart auction

New Delhi: Art auctions are dreadful for contemporary artists. If we look at Indian art through the prism of what’s available at auctions, it would appear that collectors have little appetite for risk. Or that they are uncertain of their own intuition—a static world where, more or less, all everyone wants to do is to acquire a Modernist, no matter the high prices they command—take for instance, Tyeb Mehta’s Untitled (Woman in a Rickshaw), which fetched Rs22.9 crore at a Christie’s auction this summer, setting a new record for a work by the artist.

F.N. Souza and M.F. Husain have been old favourites.

And ever since the 2015 Guggenheim retrospective of V.S. Gaitonde, the modern master—all the more precious since he painted so little—has been given pride of place by major auction houses.

Unsurprisingly then, the sale of modern and contemporary Indian art on 21 September being organized by the auction house Saffronart, too, features an early Gaitonde. 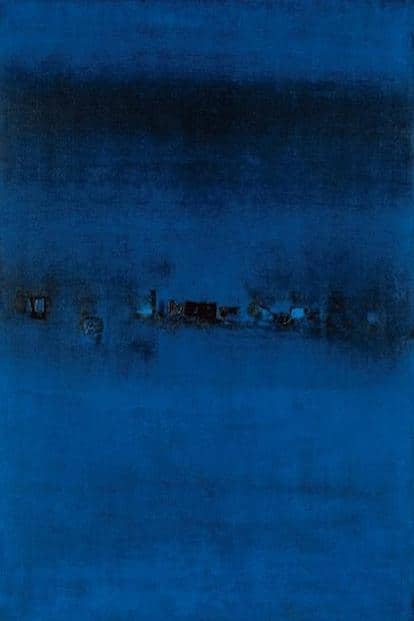 The sale also features an ink-on-paper portrait by the artist from 1974, which commands attention considering the unfettered interest in his abstracts in recent years.

The dedicated focus on Modern painters is not a surprise. “The Modern painters are the blue chips of the market," says Weihe. With works by living contemporary artists, there’s more of a risk, as it’s less clear which will stand out over time, he says. The Saffronart sale, though, features works by Subodh Gupta, Bharti Kher, Ashim Purkayastha, Riyas Komu and Jagannath Panda, among others, who have established credence, being recipients of prestigious awards or with works already a part of museum collections, both within India and outside. Still, the romanticism of the Modern masters who are the highlights of the sale is nothing but infectious. Most exciting is Portrait of Husain (1948, estimated price Rs70-90 lakh) by Souza, which was part of his personal collection, from the time they first got together in the Bombay Progressive Artists Group. “It’s an important homage… where Souza imitated Husain’s style," says Weihe. There is a counterpart, too, he says, which Husain did a year or two later, which remains in a private collection. Saffronart also presents for the first time a masterful rendition of the Himalayan mountains by Nicholas Roerich, whose works are now a national art treasure. And importantly, a departure by Tyeb Mehta, Crucifixion (1959, estimated price Rs4-6 crore), his only painting with a Christian theme. So important was this work to the artist, Weihe reveals, that he gifted it to his daughter. It will be interesting to see what the collectors make of this piece.