Bangalore: Film-maker Shekhar Kapur, along with musician A.R. Rahman, is readying to launch in June a website called Qyuki that will provide a social networking platform to collaborate and create media, with mentors providing crucial inputs along the way. Cisco Systems Inc. has invested Rs27 crore in Kapur’s start-up for a 17% stake. “It will speak for not just who we are, but also who we want to be. We are working with people’s imagination, a huge resource," Kapur said in an interview. Edited excerpts:

How did the idea for Qyuki come about? 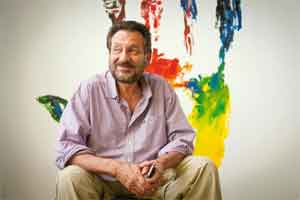 Secondly, art always follows technology, not the other way. Before publishing came, stories were spoken, and they never ended. With the book, and the three-hour or two-hour movie, the three-act structure was introduced, because of the limitations of technology.

Now, with new technology, you can go back to tribalism. I am a film-maker because I can tell visual stories. I have also done comics, and comic book stories never really end. So I realized where the future lay. I started to get very interested in the technology of delivery systems.

That time I was also getting upset with the West, with the arrogance of the Western media machine. But the digital age, and the rise of the Asian consumer has disrupted that. Gatekeepers are like dams, choosing when and how much water to release. Now media is a flowing river. Some of the best work, the most cutting edge visual effects, I see on Vimeo, on YouTube.

Gatekeeping and IP is not a great disseminator of ideas. If the Bible or the Mahabharata were IP-protected, there would be no Hinduism no Christianity. The same applies even to Einstein’s equations.

Shekhar Kapur talks about what motivated him to launch Qyuki and why he believes it will take off in India.

But there is no escaping the monetization question…

How is Facebook valued at a $100 billion? The next big social media company will be valued, I promise you, at $500 billion. How would you justify it? There are things that are happening in monetization that are coming into conflict with the conservative ideas from our stock exchanges and our corporations. We have to recognize the monetization of an asset that is not cash-flowable, but is giving value to people.

Now with Facebook, a lot of the valuation is about the data collected. But far more important than flatlined data about what people ate, where, what they bought, is emotional data. Which is how people react, to a story, to a poem. That is brilliant data.

Then there is subscriptions, which is a huge thing. And as 4G comes, I suspect that percentages of revenue sharing will move in favour of the content creators and the people who have created these social media platforms. If you create emotional stickiness, people will come and stay. I don’t pay to be on Facebook, but I pay for FarmVille (a game on facebook).

After a while you will find storytellers, film-makers who are better than I am, better than our mentors, and they will emerge as brands.

And as for advertising, advertisers have to change. All advertising now is after the fact. But in this world, it has to be before the fact, even as you create the product. You cannot speak to the community, you have to be part of the community. That is a fundamental mantra. If you are outside-in, the community will throw you out.

But don’t we have a relationship with the modern story as it is told today, with its familiar structure, its larger-than-life feel, and to its icons?

Stories will again become never-ending. People relate to the mythology (not the structure). Our emotional lives emerge from our sense of myth. Start ‘a mother has lost her child’, and that is a story, because a story is about a fundamental mythological contradiction. Mothers have children.

As for icons, sure we need iconism. But the life cycles of icons are becoming shorter. To last, an icon has to have a consistent, honest interaction with the community. Gone are the days when a Dilip Kumar was an icon for 30 years. Meena Kumari would not have lasted one year in today’s world, with the kind of information dissemination that is happening.

At Qyuki, we have worked very hard to understand the fundamentals of community. Then in the market we will be testing ourselves, fine-tuning ourselves. In the long term, we will win, we will be there, or companies like Qyuki will be there. We are not working in a world of finite resources. We are working with people’s imagination. A huge resource, and the more we provoke it the bigger it gets.