Halmarick told Mint, “ I am moving on from Aegis sometime in Q1 this year. I informed Patrick (Patrick Stahle, CEO of Aegis Media Asia Pacific) early last year that I would be leaving and it was agreed between us then that I would continue to handle the markets in South Asia through to the first quarter." 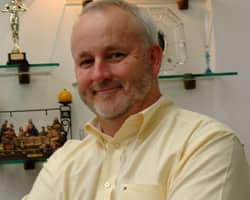 Richard Halmarick says Aegis Media is in the process of interviewing for his successor.

Prior to his Asia role, Richard Halmarick was with Carat Australia for around a decade, steering business growth in that market and also New Zealand.

In his last visit to India, Halmarick had told Mint that they were in acquisition mode in the area of specialized services. Halmarick’s next destination is still not known.