London: Former Pakistan cricket captain Salman Butt and Mohammad Asif were jailed for 30 months and one year respectively on Thursday after being found guilty of taking bribes to fix parts of a test match against England in 2010. 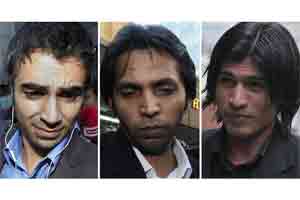 The three were part of a gambling-inspired plot to bowl no-balls at pre-arranged times during a test match at Lord’s in London in August 2010.