Shot in India, feted by Venice

Shot in India, feted by Venice

Mumbai: Mira Nair’s The Reluctant Fundamentalist, which will kick off the sixty-ninth edition of the reputable Venice International Film Festival on 29 August, isn’t strictly an Indian production, but we can happily claim it as our own. 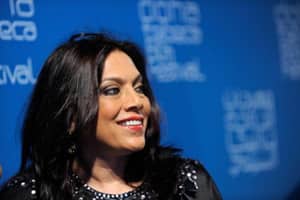 The Reluctant Fundamentalist is also the first movie by an Indian director to open Venice. The only other time a film with an Indian connection made it this far was in 1989, with British filmmaker Peter Brook’s The Mahabharata. A cinematic version of Brook’s theatrical adaptation of the epic, the international production involved a multiracial cast, including Mallika Sarabhai. “The Reluctant Fundamentalist is a genuine sub-continental project," Nair said, pointing to the Indians and Pakistanis involved in the movie. Among the crew members is Amin, who came on board last year after conducting workshops at Maishaa Film Lab, a training school that Nair runs in Kampala. “It’s a different kind of movie for me—I haven’t worked on anything like this before," Amin said. “I spent nine months on the edit. All the sound design for the film was done in India—that happens very rarely."

After initial attempts to shoot in Lahore were abandoned on grounds of safety, the production shifted in April to Delhi. Between 40% and 50% of the film has been shot in the Indian capital, Nair said. The other locations include New York City, Atlanta and Istanbul. “The film involved a tremendous of work," Nair said about handling the production, whose cast includes Pakistani actor Riz Ahmed and American actors Kate Hudson, Kiefer Sutherland and Liev Schreiber. “This is the hardest film I have made sinceSalaam Bombay," said the 54-year-old filmmaker. “It’s been five years since I bought the rights to Mohsin’s manuscript. It’s been so tough to put the finance together." The Reluctant Fundamentalist was financed with the help of a grant from the Doha Film Institute and has been produced by Nair’s company, Mirabai Films, and Cine Mosaic, an independent production company in New York City. “The movie is pretty much everything I wanted it to be, likeSalaam Bombay, like Monsoon Wedding," Nair said.

Nair has a well-established relationship with Venice. In 2001, Monsoon Wedding won the festival’s top prize, the Golden Lion. Nair has also shown Mississippi Masala and Vanity Fair at Venice. This year’s honour “sets the film apart", she said, and will “ensure that everybody across the world gets to see the film". It will be distributed by PVR Pictures in India later in the year. After Venice, The Reluctant Fundamentalist will travel to the Toronto International Film Festival in September, where Deepa Mehta’s Midnight’s Children, based on the Salman Rushdie novel, is also likely to be screened.