At an estimated ₹ 30 lakh a day each, Facebook’s logout page may have been among the most expensive advertising slots on social media, media buyers said. 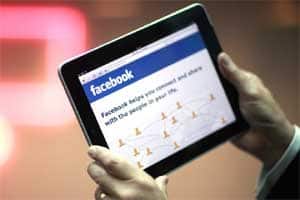 The logout page is the advertising unit with the highest visibility currently available on Facebook, said an executive at media technology agency Komli Media, the official re-seller of premium Facebook inventory in the country.

“The sheer size of the campaign (covering nearly the entire screen) will generate a lot of visibility for the brands. The ad is impression-based rather than being engagement-based," said the executive, who declined to be named.

According to top media buyers at advertising agencies, the two commercials were able to generate 15 million impressions each, reaching out to about 10 million unique users a day.

HUL and Bharti declined to comment on the response to the advertisements, but media buyers said other brands are keen on featuring their ads in the new Facebook space.

Five consumer goods and telecom brands will feature campaigns on Facebook’s logout page in the near future, said the digital head of a leading media buying firm. “The clients have agreed. We are just waiting for the creatives to be rolled out," said a media planner, who did not want to be named as the agency has signed confidentiality agreements with the clients.

The page is a significant opportunity for any media display advertising catering to a large audience, said Anuj Kumar, co-founder and chief executive of Affle, a Singapore-based digital media company. “So it’s a big market for Facebook."

The enthusiasm of Indian advertisers contrasts with the pessimism of some overseas companies. General Motors Co. (GM) withdrew advertising from Facebook right before the social media firm launched its initial public offering. The company stopped advertising on Facebook “after deciding that paid ads on the site have little impact on consumers’ car purchases", according to a 16 May Wall Street Journal report.

The report said GM was the third biggest advertiser across all media in the US after Procter and Gamble Co. and AT&T Inc.

That’s not all. Others argue that users are increasingly accessing Facebook on smartphones, which don’t have screens suited to display advertising.

While brands in India have been inquiring about the new advertising space, the investment required is significant, said Arnab Mitra, national head for digital at Starcom MediaVest, a media buying agency that works with clients such as Samsung and Volkswagen. Generating a good return on investment may be a challenge, he said.

“Internet is all about intent marketing, and if you put an advertisement on the logout page of Facebook, which is perceived as the end of their browsing time, then it makes it difficult for the user to engage with it," Mitra pointed out. The gaps in return on investment may bring the tariffs for the page down.

Although advertisements on logout pages have been fairly popular among email providers over the last few years, “marketers should be aware that with the increasing trend of cross-platform gadgets and the ‘always online’ user, many might not log out of their social media platforms—hence might not really see that advertising".

Facebook has pitched its ad rates higher than other digital media companies in the industry, according to estimates provided by media buyers.

According to the media and entertainment report by the Federation of Indian Chambers of Commerce and Industry and KPMG, digital advertising is projected to grow to ₹ 1,990 crore in calendar year 2012 from ₹ 1,540 crore in 2011.

However, compared with commercial space in print media products, especially national newspapers, digital media is underpriced. Buyers of space in national newspapers say a jacket just for the Delhi and Mumbai markets costs close to ₹ 1 crore for a day. On the other hand, a prime-time slot on a Hindi entertainment channel is priced at approximately ₹ 4 lakh for 10 seconds.

Globally, Facebook generates more than 80% of its revenue through advertising. Since its public offer in May, the social media giant with a monthly active user base of 955 million has received flak for the slump in the share price.

Having listed at $38, it has tumbled 45% amid concerns that it is not increasing sales quickly enough. The logout page spot is being made available as part of a global roll-out that started in April. In the April-June quarter, Facebook generated a total revenue of $1.18 billion, of which nearly 83%, or $992 million, was from advertisements. “The new ad will deliver more in terms of reach, engagement and direct response. It can be used very well in terms of contextual fitment," said Amit Duggal, partner (digital) at Mindshare.