Sundar Raman | What IPL 2 taught the men in charge

Sundar Raman | What IPL 2 taught the men in charge

Sundar Raman, chief executive officer, Indian Premier League, or IPL, the 20-over cricket tournament, still wears a look of disbelief on his face as he recounts how IPL season 2 managed to turn out bigger, brighter and a whole lot richer than the inaugural season in 2008, given that the billion-dollar tournament was on the verge of being scrapped just three weeks before the scheduled start date of 18 April. They had less than three weeks to put it all together again, he says—in South Africa. 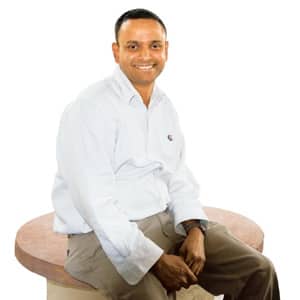 Just to recap, the last-minute changes included a Rs137 crore sponsorship loss as Reliance-Anil Dhirubhai Ambani Group, or R-Adag, walked out on the deal after what it viewed as a breach of contract by IPL broadcaster Multi Screen Media Pvt. Ltd, or MSMPL. This soured relations between IPL and MSMPL and a two-week legal battle ensued, during which the Rs4,048 crore broadcast rights bought by the broadcaster along with World Sport Group, or WSG, a sports consultancy, in 2008 were revised and MSMPL was stripped of them. Following an out-of-court settlement, the rights were restored to the broadcaster at a value 80% more than that of theprevious year.

At about the same time, Raman and the IPL management team hit the barrier of security. The government wanted the entire tournament rescheduled, saying it couldn’t provide adequate security at the match venues at a time when additional forces were needed for the general election, being held in the same period.

The jam-packed cricket calendar did not allow any other window for the tournament—and the IPL management decided to look beyond India.

Two months later, Raman shares with Campaign the lessons from season 2 and says he is leaving no stone unturned for the Champions League slated for 8-23 October. Edited excerpts from the interview:

What was your experience with IPL 2?

When IPL 1 ended, we thought there was ample time to prepare for the next season but with the last-minute changes, we were left with less than three weeks to put it all together. Looking back at season 2, we were able to achieve what we did in such a short time because it was a coordinated effort from all parties involved in the IPL, from the sponsors to the broadcaster and the IPL franchises.

It was a choice between taking IPL to another country or not having it at all this year, and I think the move to South Africa also made us realize the wide reach of the tournament. It is truly a global brand with a fan following that extends beyond (national) boundaries. When I spoke to Mint first on IPL, I said we plan to make it a global brand, and with this sudden move to South Africa, it happened faster than we had planned—we have realized the additional revenue generation streams from international markets. Also, the fact that we pulled it off successfully in South Africa makes IPL command bigger respect.

Will the franchises be compensated for the loss in revenues from ticket sales which would have been higher in India, as well as on-ground marketing activities, some of which had already begun, such as television reality shows?

We are not finished with the tournament reconciliations as yet, but we will live (up to) our part of the promise and compensate franchises where it’s due because it did hamper some activation plans for franchises at the ground level. But our sponsors and franchises were very supportive because they are in it with us for the long run and it’s not just a one-off association. We have assured them and (are) in discussions to sort out any pending issues relating to the shift.

Have the issues with the MSMPL deal been resolved with the new contract?

There were some complications regarding the contract that was triggered by R-Adag walking out on the deal, but it’s all behind us now. The thing is, the argument continues on this model because we (IPL) sell on-ground sponsorship rights and Sony (MSMPL was earlier known as Sony Entertainment Television) sells on-air.

That is why for the Champions League, we have sold the on-ground and on-air rights to ESPN Software India Pvt. Ltd for one amount. Our position has always been that integration of these sponsorship platforms works better and the returns are larger. Advertisers are also becoming smart enough to realize that they can best leverage their brand when it is present across all platforms, rather than just one, the way Vodafone has done on IPL.

Do you think the new Rs8,200 crore deal is justified?

The new deal is for nine years as opposed to Sony’s earlier five-year contract, and one should realize the amount is taking into account the escalation year-on-year. We did do some significant work that looked at factors such as advertising growth to GDP, escalation in advertising rates, plus the advent of pay TV and the overall growth in the TV market, to arrive at this pricing strategy.

Just look at the revenues IPL has generated for Sony from this one season...the Rs450-500 crore (estimated revenues for MSMPL) would be equivalent to the overall advertising money generated from sports at one time.

What are the learnings from IPL that you will put to use in the upcoming Champions League and IPL season 3?

The level of preparedness and logistics is something we learnt from putting the IPL together in such a short time. This season also added belief in the product as a definitive vehicle.

On the strategic break between 10 overs that we used for the first time this season, the feedback we got suggested the breaks didn’t work out as planned, at least initially—before the teams got used to how to make use of this time.

We are looking at how this break should be structured, maybe we will have two different sets of shorter breaks rather than one seven-and-a-half-minute break.

One of the most important learnings is the importance of integrated planning. For Champions League, we sold all the commercial rights to ESPN for nearly $1 billion (around Rs4,840 crore); the only revenue left to generate for us through this tournament is through ticket sales. There is no confusion between on-air and on-ground rights and it is the best way to get results for markeeters, broadcasters and us.

IPL did not get any new sponsors after the 35% increase in rates for on-ground sponsors. Are you planning to lower these rates for season 3?

We are okay with the advertisers we have, and if new advertisers don’t agree to the given rates, it doesn’t mean we will lower it. We are currently in discussion with some brands for on-ground sponsorship for the next season. It is too early to discuss names or other details on what has been planned for the next season as we are still in the process of wrapping up IPL 2.