Mumbai: The Amazing Spider-Man has cast its web on India, clocking nearly ₹ 34 crore in ticket sales on its first weekend—the highest initial box-office collection by any Hollywood movie in the country, according to multiplex executives. 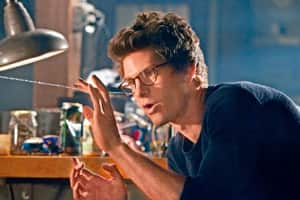 Big draw: Andrew Garfield in a scene from The Amazing Spider-Man. By Jaimie Trueblood/AP

Directed by Marc Webb and based on the Marvel Comics superhero, The Amazing Spider-Man, which opened in cinema halls in India with 1,000 prints on 29 June, had a lukewarm opening with occupancy in theatres at 40-55%.

The 3D version of the movie is drawing more crowds than the regular 2D release, said theatre executives. “The 3D cinema screens are packed. In cities where there are both 3D and 2D screens, the occupancy for 3D shows are over 80% while in 2D it is relatively lower," said Ashish Saksena, chief operating office of Big Cinemas, a theatre chain owned by Reliance MediaWorks Ltd.

Girish Wankhede, spokesperson for Cinemax India Ltd, added: “In smaller towns where there are only 2D screens (or a fewer number of 3D screens) the movie is in great demand."

The Amazing Spider-Man, with actor Andrew Garfield playing the comic book superhero, was released with 1,000 prints in nearly 1,500 screens across India, of which 500 are 3D screens. Ticket prices are ₹ 250-350 each for the 3D shows and ₹ 200 on average at 2D screens.

In comparison, The Avengers was released in India with around 500 prints across about 900 screens, as per industry estimates.

A spokesperson for Sony Pictures Entertainment Inc., which released The Amazing Spider-Man in India, refused to comment on the opening weekend collections, saying official figures will be released after Tuesday.

Theatre chain executives expect occupancy in small towns to drop by next Friday when the Abhishek Bachchan and Ajay Devgan starrer Bol Bachchan, a romantic comedy, is scheduled to release.

“While multiplexes will reduce the number of shows for Spider-Man to accommodate the big-ticket Bollywood film Bol Bachchan, single screens may drop the film, which will result in the box-office collections dipping," said an industry expert, declining to be identified.

Despite this, The Amazing Spider-Man could set a record as the highest Hollywood grosser in India in its first week.