Oscars 2018: No dress codes, but activism in all shades at the red carpet

Not just Time's Up, but gun control and inclusion in all its possibilities took the spotlight as actors stepped out in technicolour hues for the 2018 edition of the Oscars

The 2018 edition of the Academy Awards has been highly anticipated, not simply due to the importance of the trophies but also the spirit of activism and speaking out sweeping through the American movie industry. In the wake of Harvey Weinstein and other leading actors and filmmakers accused of sexual misconduct, the Oscars this year brought a number of causes front and centre, from greater opportunities for women to racism and gun control.

While the Golden Globes this year may have been a sea of black in support of the Time’s Up legal fund and artistes wore white roses at the Grammys, the Oscars red carpet wasn’t limited to any single colour as a theme for activism. As the Time’s Up team announced on its social media handles, “Tonight, our sisters will be wearing a festive array of colors and TimesUp pins, representing this vast movement of women everywhere." Along with Time’s Up badges, actors also wore orange badges in support of gun control. 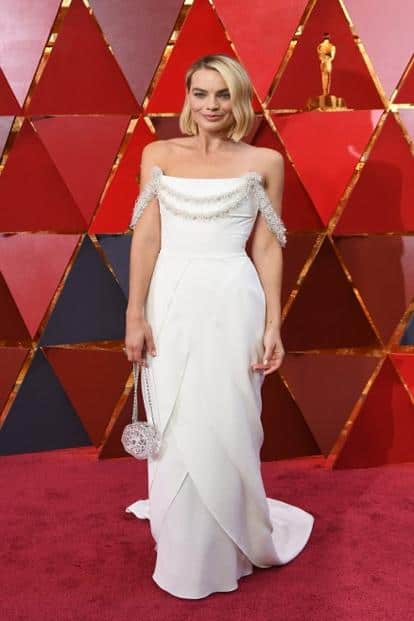 The result was a wide spectrum of colours, from classic monochromes to bright hues. Best Supporting Actress winner Alison Janney wore a siren-red Reem Acra (and three million dollars worth of jewellery), while Greta Gerwig, nominated for her directorial debut Lady Bird, chose a yellow Rodarte. Viola Davis added to the mix with a hot pink gown. 2017’s Best Actress winner Emma Stone often takes the red carpet in pantsuits and continued the streak with Louis Vuitton and Tiffany Haddish wore a traditional outfit in homage to her Etriean heritage.

Meanwhile, Danai Gurira won the beauty game with a glittering head stamp as did Best Actress winner Frances Macdormand with barely any makeup. Whoopi Goldberg paired her Christian Siriano with combat boots, while Rita Moreno arrived wearing the same gown she wore at the ceremony in 1962. Who says you can’t wear the same red carpet outfit twice?

Gold is always a favourite at the Oscars, reminiscent of the coveted trophy itself, flaunted this year by the likes of Jennifer Lawrence in Dior, Sandra Bullock in Louis Vuitton and Lupita Nyong’o in an armour-like Versace. Veteran actors Jane Fonda and Sir Patrick Stewart wore Time’s Up badges; so did Sam Rockwell, winner of this year’s Best Supporting Actor trophy, and Elisabeth Moss who pinned the badge on the belt of her Dior gown. 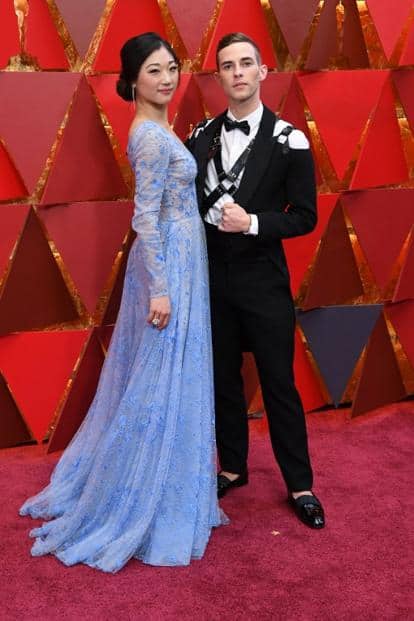 Not for the best reasons, but the women’s ensembles always get the spotlight at award ceremonies over menswear. This year, the gentlemen decided to take a fashionable stand, no one perhaps more than American Olympian Adam Rippon who wore a harnessed Moschino suit to the ceremony. Chadwick Boseman channelled his iconic Black Panther character King T’challa of Wakanda with an embellished black jacket.

A special mention for director and screenwriter James Ivory who wore a shirt with Timothée Chalamet’s face on it. And speaking of Chalamet, the actor’s all-white suit made for a standout background to the red ribbon pin he wore in support of Elizabeth Taylor AIDS Foundation.

Whether glamour and dress codes can be used to effectively make a fashion statement has been argued from the moment the all-black dress code was announced for the Golden Globes. As the awards season culminated in the Oscars, the movement acknowledged the importance of diversity in its sartorial sensibilities and the words of the presenters and nominees. Macdormand urged all women nominees of the year to stand up in tribute to themselves and each other during her acceptance speech, echoing the hopes of many fellow artistes that it is time for a new wave in cinema.