In mid-September as global stock markets melted, a young Indian company was in the thick of fund-raising discussions with a venture capital, or VC, firm headquartered in the US. MCarbon Tech Innovation Pvt. Ltd was just a year old and operated in what was a crowded marketplace of mobile value-added services, or VAS, providers. 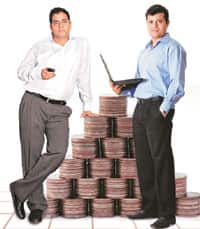 Razdan’s company received an undisclosed first round of funding in January, but says the bar is much higher today than a year ago. MCarbon convinced investors of its viability by showing customer deals with at least four telecom vendors and continued progress in the four months between the termsheet and the actual closing of the deal. Razdan may have been lucky. “It is far more difficult to convince VCs now, they want to see more defensible action," he says.

As the impact of the economic slowdown seeps across industries and capital is hit at the source, it is a sentiment venture capitalists are echoing. Firms active in the Indian VC circuit, such as Draper Fisher Jurvetson, or DFJ, Helion Venture Partners, Llc., Kleiner Perkins Caufield and Byers, or KPCB, and Sherpalo Ventures, Llc., have predicted fewer venture investments this year.

The capital invested in a company on average has also dropped in the downturn. From $6.44 million in the first quarter of 2008, the average deal size fell to $3.5 million in this quarter. This is attributed to lowered valuations due to which companies will have to dilute far more stake now to raise the same capital they would have in a boom market. VCs also say companies are raising only what they need to tide them over in a downturn, rather than for the long term.

As VCs exercise caution, deals are taking longer to close, with the usual two-three months stretching to five or six. The New Delhi-based mobile services company One97 Communication (Pvt.) Ltd also began fund-raising before the market meltdown and took about six months to close the deal. In December, it raised $15 million in the second round of funding from Intel Capital and Silicon Valley Bank.

Investors examined every variable of the business thoroughly, says the company, including the team, growth projections and plan to tackle competition. “Perhaps we had it easier because it was a mid-stage company, not early-stage, and we were profitable," says One97’s managing director Vijay Shekhar Sharma. “Even so, I was definitely tense, hoping the VC doesn’t get a mandate from headquarters to go slow on investments."

Company fundamentals and vintage have gained greater importance with VCs over the last six months. Those with existing revenues and healthy balance sheets are more likely to get funded than ideation-stage start-ups. New Delhi’s GETIT Infoservices Ltd, which raised Rs20 crore from Helion Venture Partners two months ago, is an example of this trend.

The 22-year-old local classifieds company decided to raise venture funding to expand its operations into digital formats available on the Internet and mobile phones. Says GETIT’s chief operating officer Sidharth Gupta, “VCs can understand conservative estimates and can make out unrealistic projections. We demonstrated that our business model could be profitable even in a slowdown and we had a pragmatic balance in cash burn (the money spent in day-to-day operations, salaries, expansion, among others) and growth paths." 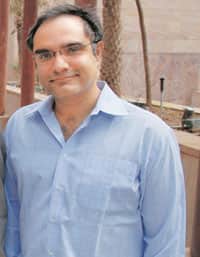 In a slow market, not only are investors getting harder to woo, they are taking more steps to minimize the risk in their portfolios. This includes more stringent veto powers on strategic decisions a company makes in areas of hiring, promoter salaries, buying equipment or venturing into new markets.

“Terms are becoming more difficult in this market," says Deepak Srinath, co-founder of Viedea Capital Advisors Pvt. Ltd, a Bangalore-based investment banker. “VCs are now a lot more rigid than they were earlier (and) are asking for powers covering all decisions relating to a company’s strategy," he adds.

Investors are also opting for a variable structure of stake ownership based on performance. For example, if a company fails to meet certain milestones, the VC may get to own 40% of the company instead of the 30% otherwise. The GETIT-Helion deal, in which consultancy firm KPMG Advisory Services Pvt. Ltd played adviser, was based on such a variable structure linked to the company’s performance.

In another bid to de-risk their portfolios, many venture firms have also broadened focus from technology and tech-enabled services to include large market opportunities in education, health care and even traditional private equity sectors such as manufacturing or engineering services. This has spelt a greater challenge for companies offering niche services or products, particularly in the technology space, in raising funds.

A Bangalore video quality monitoring services company, which did not want to be identified, has been looking for $2 million in first-round funding for at least six months now and is no closer to a deal. “We have commercialized it and have customers, (but) VCs are questioning whether it will find takers here and have asked us to come back three-six months later," says its co-founder.

Companies, which don’t have a proven revenue model or have long-term plans to capitalize on their products or services, are also finding it difficult to raise funds in a market where investors are looking for faster returns. The pure-play advertising model used by Internet start-ups offering online content or services has fallen out of favour with VCs in recent times. Rx Healthcare Magic, which initially meant to offer free consultation with doctors on its portal, changed the business plan after an investor advised the company that a business model hinging on ad support would not work.

The cautious approach of the VCs has made the going tough for those companies seeking a second round of funding too. Many such firms raised their first rounds in a boom market at much higher valuations than what the current market is willing to pay. This means they may have to settle for the same, if not lower valuations, than they had earlier. Among such companies, venture investors say they are steering clear of those that have not gained much traction yet.

“We looked at a consumer products company that had revenues of $600,000, had already spent $2 million from its first round and was looking to raise $5 million. We couldn’t see how the founder would make enough sales to explain a higher valuation," recalls Suvir Sujan, managing director, Nexus India Capital Advisors Pvt. Ltd. “The guy is stuck and we see a lot of guys in the same boat." In January, PubMatic raised undisclosed funding from the same investors. “Given the environment, we felt that since our current investors were happy, we would talk to them rather than spend a lot of time talking to (new) investors. You have to balance how much time you spend on the company’s progress and on raising money," says Amar Goel, chairman and co-founder of an optimization tool firm that helps online publishers in the US and UK derive more revenues from their platforms.

The outlook for start-ups with a strong idea and a great team aiming to solve a big problem remains strong, some venture investors insist. Says Niren Shah, managing director, Norwest Venture Partners India, “We look at what pain point is (the start-up) addressing? Is it scalable?"

The slowdown, however, has resulted in far stricter measures to judge what a great start-up means in these tough times.