Strike off but channels hold back fresh episodes

Strike off but channels hold back fresh episodes

Mumbai: The longest running soap on Indian television, Kyunki Saas Bhi Kabhi Bahu Thi... made a comeback on Friday, albeit as a three-hour-long mega rerun on Star Plus channel, as entertainment networks held back fresh programming until the full resolution of a wage dispute with industry workers.

Although a 10-day strike by television industry workers was called off on Wednesday, broadcasters said they would not air any fresh programming until they are assured that there was no further risk of disruption.

The Federation of Western India Cine Employees (Fwice) maintained that the strike was off and employees had returned to work. 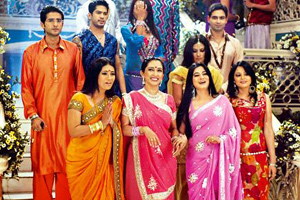 An in-principle agreement signed on Thursday was withdrawn as make-up artists and sound engineers continued the strike. A new agreement will be drafted and presented in the next three-four days, said Dinesh Chaturvedi, general secretary of the Fwice.

This would effectively mean that viewers, who were subjected to seemingly endless reruns of serials during the strike, would have to wait for any fresh programming. Advertisers are now looking to renegotiate deals or pull out campaigns and migrate to channels with fresh programming.

One person belonging to a workers’ union, who did not wish to be named, said while employees had returned to work, in some cases TV channels were not “giving producers the green signal to shoot" and using the opportunity to weed out programmes that had not been performing well.

Shankar of Star India said a show like Bidaai or Balika Vadhu may not find it hard to bounce back, but weaker programmes could struggle.

“This strike did create time for us to sit back and think about things that had not gone right as well as opportunities available," said Albert Almeida, executive vice-president and business head, Multiscreen Media Pvt. Ltd, adding this was the time to recast storylines and make changes. “However, all of us have termination clauses in our contract so we don’t need to use the strike as an excuse. The question is how is the show doing, do you have something to replace it with?. You may not want to pull out a poor show and further weaken the slot.’’

General entertainment channels have an opportunity to revamp their programming and take corrective action “where necessary", said Chandradeep Mitra, president, Mudra MAX, the specialist media unit from the Mudra Group.

According to the latest TV ratings, bigger general entertainment channels such as Star TV and Zee TV had lost more viewership compared with smaller channels such as 9X, Colours and SabTV, which had managed to hold on to their viewers, Mitra said.

“The smaller players have got a fair amount of sampling," Mitra said, adding it was an opportunity for smaller and newer channels to make a mark. “When viewing habits are broken, viewers tend to come in with lower expectations."