Harish Bahl | Getting bigger in a time of slowdown

Harish Bahl | Getting bigger in a time of slowdown

Even as most businesses across the globe have been affected by the current financial crisis, Smile Interactive Technologies Group, or SITG, a company that runs multiple verticals in the digital space, is making the most of the market scenario to expand its operations. “Of course we have been impacted by recession… We’ve gotten bigger," says Harish Bahl, founder and chief executive officer, SITG. 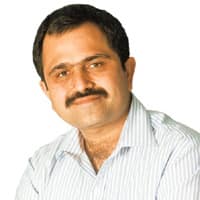 The $24 million (around Rs116 crore) company has grown approximately 50% year-on-year and is now in the process of adding a pharmaceutical vertical to its kitty of six companies, comprising Quasar Media Pvt. Ltd, a marketing agency in which WPP Digital (the digital investment arm of communications services conglomerate WPP Group Plc.) has a 75% stake, Tyroo Media Pvt. Ltd (a digital advertising network in which Yahoo Inc. picked up a stake in 2007), Zoomtra.com, a travel search engine, Zumtra, a travel technology company, Creons Advertising Pvt. Ltd, a retail solutions company, and StudioSmile, a digital business development company.

In an interview, Bahl talks about the current trends in the online space and SITG’s plans. Edited excerpts:

What key trends do you see in the digital space in India? How is it different from other countries?

There are 40-50 million Internet users in India, which makes us among the top five countries in terms of Internet population. Even the growth in the industry has been phenomenal, at 25-30% year-on-year, yet the penetration is still only about 4% in India. So there is still a lot of room to grow.

However, India’s poor digital infrastructure and low credit card penetration slows the growth rate for the industry. And unlike most other countries, we are not a do-it-yourself culture but have an assisted culture, where we like others to do things for us. So our use of the Internet is still primarily restricted to travel, matrimony and jobs. And things such as paying bills online, shopping and using the Internet to manage everyday activities are yet to catch up.

Hence, one of the biggest trends we see online right now is the localization of business models to suit Indian consumers. So what works for, say, a financial company in the US will probably be a lot simpler and basic in nature in India, so the end user does not get confused or, for that matter, suspicious.

Also, there is a huge opportunity for international businesses to have an online presence in India, and since India is better off than most other countries economically, we are increasingly seeing companies using the online platform to test how well or poorly the country responds to the particular firm’s services or goods.

How has the economic slowdown affected the online space? How has SITG coped with it?

The digital platform has done relatively well for itself and has actually benefited from the slowdown due to the shift in advertising spending by marketers from traditional to digital platforms.

At SITG, our ventures have been driven by the belief that we have only seen the tip of the iceberg where digital entrepreneurship is concerned in India. The Internet is opening up to many new verticals and, especially now, with all eyes on India, the story has just begun for the industry. Of course we have been impacted by recession… We’ve gotten bigger. However, I would be lying if I said the slowdown has not impacted us because it has made us take a look at our operations internally, make certain changes to our business models, so that our businesses are more relevant to current times.

This is not the first time we are facing such market conditions. When SITG first started, we dealt with the dotcom bust in the early 2000s but as a start-up, we saw this as an opportunity and we focused on the groundwork, which included hiring talent and building proprietary tools. This time around, too, we and the many start-ups in this space will be doing the same, so users will see new ventures and new initiatives cropping up.

What are SITG’s plans for the near future? What are the new areas that you plan to get into?

We still believe that we have one business, which is the digital incubation business, because our primary focus is to promote entrepreneurship in the digital space. So we are looking at several diverse opportunities.

Given the current market condition, when the marketing budgets of nearly every company in the world are under pressure, we have begun focusing very strongly on digital production offshoring, which basically means we aim to become the global production hub for advertising in the digital space for international companies. We have already started work with some big companies in the telecom and travel sectors and one major media house (Bahl declined to name these companies). We are also in the process of pitching to five more clients. The work will be done from our digital marketing arm Quasar, where we have increased the headcount by nearly 40% already to deal with the increased workload.

Secondly, we are venturing into the healthcare segment, where we plan to offer healthcare services online in association with partners offline or on the ground. We have already made significant investments in this venture and are looking to tie up with venture capital firms for further funding. This project is likely to be launched in the next two months.

Apart from these plans, we are constantly investing in what we call incubation programmes and have put in as much as $10 million for some new businesses that are in the pipeline, which we can’t discuss just yet.

We are also looking at expanding our global footprint and have already begun to do so in Africa, where we are trying to set up a physical presence by tying up with local businesses.