New Delhi: When Usain Bolt sped past the 100m finish line in London on Sunday, he widened infinitesimally—but measurably—a long-standing schism between the genders. At 9.63 seconds, Bolt was 1.12 seconds faster than Shelly-Ann Fraser-Pryce, who won gold in the women’s 100m sprint on Saturday with a 10.75 second timing. 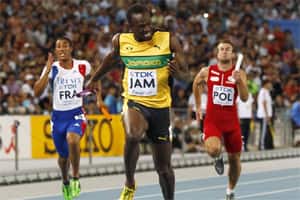 But even before that, after women first took part in the 100m sprint in 1928, there had been an elastic barrier—of a measly second—that briefly receded, but is again resurgent, that gender-wedged the fastest of our species.

Usain Bolt’s victory in the 100 metre race at the Olympics has highlighted the one second gap between male and female sprinters to cover the same distance. Mint’s Jacob Koshy and Dr Deepak Chaudhary of Safdarjung Hospital tell us the reasons.

Sliced any which way across athletic events—be it the 200m, 1,500m or the marathon—women on average are 9-12% slower than men.

This comes at a time when athletes are having it better than they’ve ever had in human history—scientifically controlled diets, better shoes that may help shave off fractions of a second in running times, lucrative remuneration as well a generally high representation across disciplines and countries. It should have meant that women, who until 1984 didn’t even compete in the marathon, would steadily close the gap with their male counterparts.

To be sure, several other events such as the World Championships see world records being set and peak athletic performance benchmarks rewritten. But only the Olympics provide steady, long-term data.

Between 1980 and 1992—heady years in Olympics athletic history when male sprinters finally broke the so-called 10-second barrier, and when dope and drug tests became inextricably linked with brittle sprint and marathon records—the gender gap shrank. It was at its narrowest at the 1988 Seoul Olympics—0.62 seconds—where Carl Lewis and Florence Griffith-Joyner both set world records. While Griffith-Joyner battled unproven drug charges, her time of 10.54 seconds stands. Moreover, across events—from the 200m dash to the marathon—women are between 9% and 20% slower than their male counterparts, suggests data from the International Association of Athletics Federations.

While it isn’t clear whether this period was an aberration, experts say that while the dice may be heavily loaded in favour of the men, studies show women athletes may yet close the gap with men.

“It is impossible to prove that women cannot improve their performances further," said Deepak Chaudhury, a specialist with the Safdarjung Hospital’s Sports Injury Centre. “We’ve seen that they have consistently improved their performance."

In 1928, Betty Robinson won the 100m gold medal with a timing of 12.2 seconds, which would fall short of the qualifying mark today. Fraser-Pryce’s timing was better than that of Lindy Reminigo, who won the men’s 100m gold in 1952. While men have had a huge head start over women as far as participation in athletics goes—about four decades— they’ve shaved off less time between 1928 and today.

The biology would seem to be against women closing the gap. Weight-for-weight, men have larger hearts, greater lung capacity and more muscle than women.

“Studies show that if male and female athletes got the same amount of training, the man benefits slightly more and the overall strain and damage to the physique is greater on women," said Chaudhury. “In general, thus, they are at a disadvantage."

Sprints favour bodies that have a greater proportion of muscle over fat. Apart from this, men have more fast-twitch muscle fibres, which aid short bursts of power.

In 2008, around the time of the Beijing Olympics, a Stanford University study compared the running performance of humans and other animals that race, such as dogs and horses. The study found that speeds among the top greyhounds and racehorses plateaued in the 1970s, whereas human males continued to get faster. The conclusion of the study was that the fastest a human will ever run 100m is 9.48 seconds.

The performance enhancement suggests that women could theoretically catch up with the men. Other experts say that merely adjusting for weight, height and muscle mass isn’t enough to predict athletic improvement.

“An average sumo wrestler has greater muscle mass than Usain Bolt or someone of comparable running performance," said Madhusudhan Venkadesan, a researcher at the National Centre for Biological Sciences in Bangalore. “So, it is important how your muscle is distributed, what type of muscle fibres make up those muscles, and how your nervous system orchestrates those muscles in order to move the runner at those speeds."

While the 100m barrier may be insurmountable for women, sports medicine consultant Rajat Chauhan is confident that long-distance running—especially endurance courses —is where women will dominate the running records.

“They already do," said Chauhan. “Pam Reed beat a lot of men at the Badwater ultramarathon—one of the toughest races in the world. Why should the Olympics be the test of endurance running?"

The Badwater ultramarathon is a 135-mile run organized in the US from Badwater, the lowest point in the country, to the slopes of Mt Whitney.

Chauhan added that the relatively higher fat reserves that women carry were an advantage for endurance running. “I guess women could get closer and closer to men in sprints. Maybe they won’t beat them, but if it’s a test of bearing pain and endurance, they are stronger."

As a species, evolution equips humans to be long-distance runners. “Humans are one of the best, if not the best, long-distance runners in the animal kingdom," said Venkadesan. “There is compelling evidence that supports the view that the need to run long distances for hunting may have shaped a lot of our anatomy. One could reasonably hypothesize that the morphology of male humans has been shaped by evolution to better aid in endurance sports such as a marathon. What those features are, and how they help in performance is an active area of research in a large number of labs all around the world."