New Delhi: Video streaming platform Netflix, which entered India two years ago, has seen a big appetite for entertainment and an increasing fan base. The company has, so far, focused primarily on content, partnerships and technology in India.

Nearly six years ago when Netflix got into original programming, the company made a decision to put all of its episodes on the service at once, resulting in the phenomenon of binge viewing. Indian users of Netflix are also into binge racing—people who strive to be the first to finish by speeding through an entire season within 24 hours of its release—on the platform.

According to data from Netflix compiled between January 2016 and December 2017, Indians like to race through their shows at a faster pace than the rest of the world—three days versus the global average of four days. More than one-third (34%) of Netflix viewing hours in India is through connected TVs, which includes people using smart TVs or game consoles. Subscribers in India take an average of five days from joining Netflix to start their first binge. For users in India, downloading has been a much more popular feature than it is in the US or Europe. 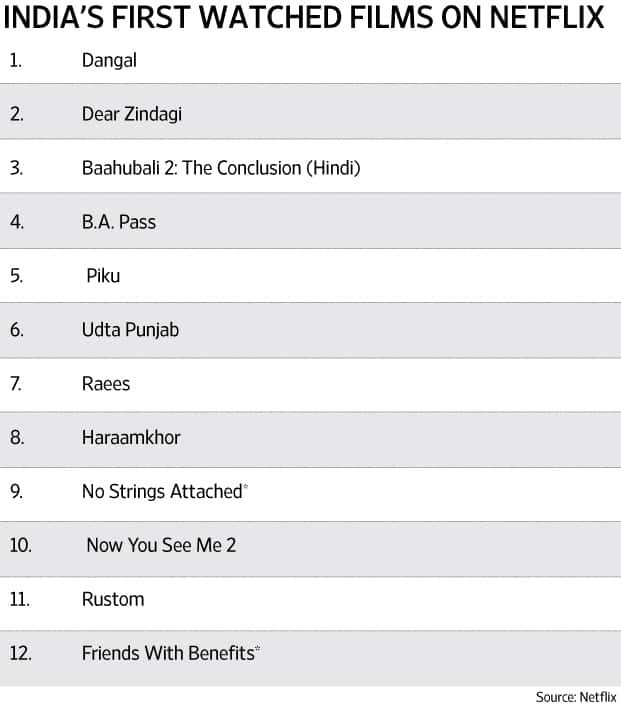 First watched refers to subscribers who from the date of joining Netflix watched the said content before any other. 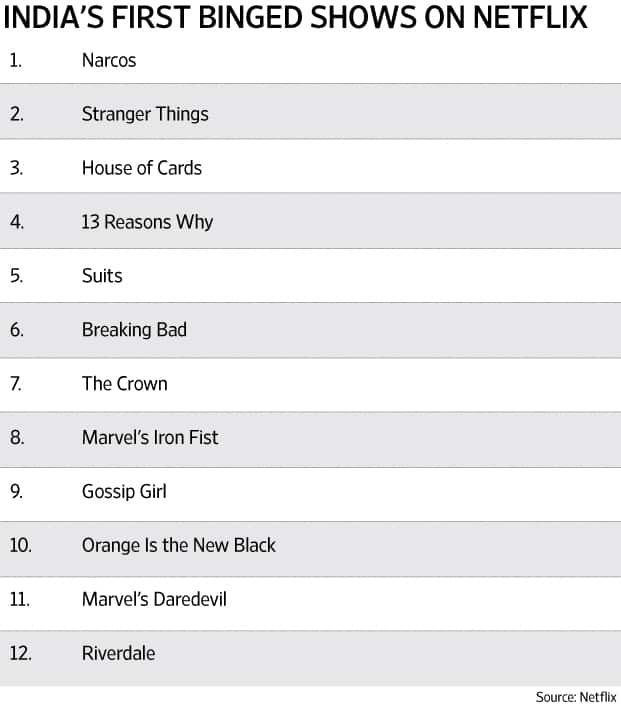 Among TV shows, Netflix original Narcos, which chronicles the rise of cocaine trade in Colombia, topped the list of shows first binge-watched by Indian subscribers, followed by Stranger Things and House of Cards.