With the onset of summer, a soft drink advertisement has walked away with the top honours in the Mint-Ipsos-TVAdIndx’s March survey. The Coca-Cola Co.’s Sprite drink topped the ranking, beating commercials from DLF Indian Premier League (IPL) and Cadbury Oreo cookies, which took the next two slots.

The top 10 is a mixed bag on the ad reach index that measures ad awareness and brand recall among consumers. The top-ranked Sprite ad scored 71 points, while the IPL and Cadbury Oreo logged 68 and 65 points, respectively. Other consumer products that figure in the top 10 include an advertisement for soft drink Frooti at No. 6 and Lehar KurKure snacks at No. 7. The survey polled 755 respondents from high-income groups in Delhi, Mumbai and Bangalore.

The month’s ad diagnostics index, which measures the softer features of commercials such as likeability, enjoyment, believability and claim, showed a similar mix. The only new entrants in the index were advertisements for L’Oreal Fall Repair shampoo and Britannia 50-50 biscuits. Cadbury Oreo topped the ad diagnostics index, followed by Sprite and the IPL. 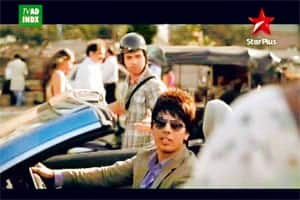 A young man is about to offer a pretty girl at a bus stop a ride on his motorcycle when another man driving a convertible cuts in and offers her a ride first. She agrees. The man on the bike, disheartened, takes a swig of Sprite. Inspiration strikes, and he offers a ride to an elderly woman at the bus stop. She declines, saying she is afraid she might fall off the two-wheeler. The girl offers her the car seat and opts for the bike, much to the chagrin of the man in the convertible. Tag line: Sprite, rasta clear hai (Sprite, the way ahead is clear).