London: When top advertising executives gather this week at the Cannes Lions festival in France, the focus of the discussion will be far away from the yachts and luxury hotels of the Cote d’Azur.

Europe’s slowdown has pushed the ad agencies into faster-growing markets and led to an acquisition boom in Brazil, Russia, India and China, with WPP Plc and Publicis SA racing to buy local marketers. Now, with the Bric (Brazil, Russia, India, China) economies at risk of slowing, too, the agencies are spreading deeper into emerging markets, making deals in Malaysia, Turkey, Indonesia and Pakistan to boost revenue.

“They are chasing growth where they can find it," said Stuart Sparkes, a partner in the corporate finance advisory at Deloitte Llp in London. “It’s a good way of the marketing services conglomerates getting faster profit growth." 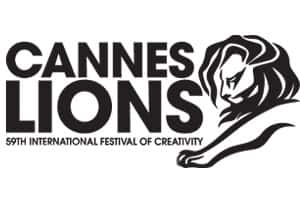 WPP chief executive officer Martin Sorrell and Publicis’s Maurice Levy are betting on emerging markets demand to revive the companies’ stocks, which have dropped more than 10% in the past three months as Europe’s debt crisis intensified and threatened to weigh on growth globally. Paris-based Publicis said in April sales growth will slow this quarter as clients cut spending.

PP, the world’s biggest ad agency, has made more than two dozen acquisitions this year, including expansion into emerging markets beyond Bric, such as Malaysia and Turkey. The Dublin-based company now sells spices and Downy soap in Malaysia, and last month bought a stake in the Today Group advertising agency, which handles marketing for Mandalay Beer and City Mart Supermarkets.

Developing advertising markets in such countries may keep growing even if other regions cool. If faced with budget cuts, advertisers will reduce spending in Western Europe and the US in favour of faster-growing economies, where advertising has a better chance of earning a return, said Claudio Aspesi, an analyst at Sanford C. Bernstein and Co. in London.

“The bulk of what they will try to save will be saved in the mature markets where you have an aging population, which has already made up its mind about what brands it wants," Aspesi said. “The money will be preferentially deployed in the countries where the brands can still be built."

Still, the smaller growth economies are also at risk of getting hit by Europe’s debt woes, Aspesi said.

“It would be naive to think that you could have a massive recession in the developed world and no impact on the Brics or even the more nascent, next tiers," he said. “However, they should still drive faster revenue growth than the mature markets will."