Tweets about #Rio2016 were viewed 75 billion times, while there were 1.5 billion interactions from 277 million unique users on Facebook

Social media was a whirl of activity during the 2016 Summer Olympic Games at Rio. Fans around the world turned to social media power houses Facebook and Twitter to cheer for thrilling victories, engage with athletes, see highlights, and share in the live coverage. Both companies achieved new records of views, clicks and tweets during the period.

Over 187 million tweets were sent about the Games and, in total, this led to 75 billion impressions (views on and off Twitter) of tweets about the Rio 2016 Olympic Games. Twitter India too was abuzz with tweets, achieving a new record of Twitter activity. According to Aneesh Madani, head of sports partnerships, Twitter India:

“Rio 2016 saw Indians come together to celebrate our women sporting heroes on Twitter at a scale never seen before. Four out of the top 5 most mentioned Indian athletes on Twitter during the Olympics were women and there were more than 2 million tweets around the performances of P.V. Sindhu, Sakshi Malik, Dipa Karmakar and Sania Mirza. This was even more than the number of tweets for the India-Pakistan and India-Australia matches at the 2016 ICC World T20 combined.

From mothers who sent tweets promising to share the stories of these athletes with their young daughters to public figures who tweeted about these athletes were an inspiration to them, it was heartwarming to see Twitter being used for this outpouring of emotion.Twitter therefore became the common channel of communication between our athletes in Rio and fans and supporters in India, and therefore the roar of the excitement was truly experienced on the platform." 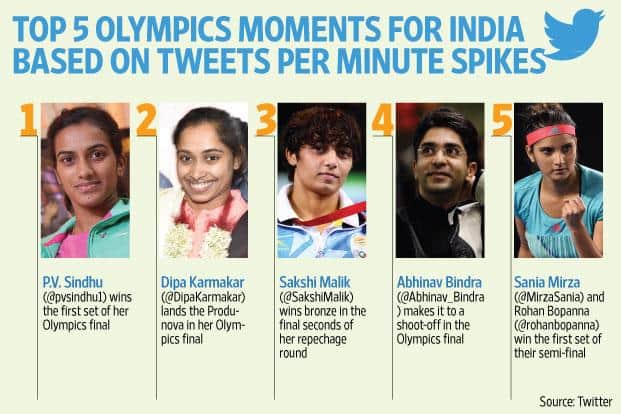 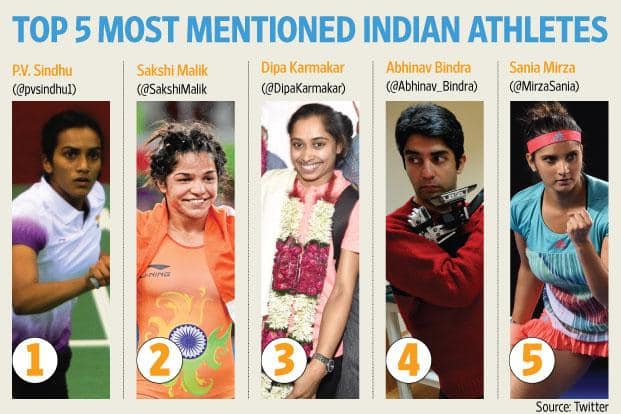 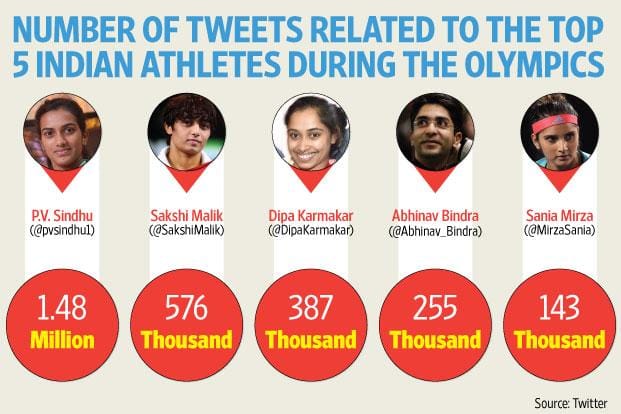 .@Pvsindhu1 was the most mentioned Indian athlete at #Rio2016 and her Silver medal win became the Top Tweeted moment for India on Twitter. 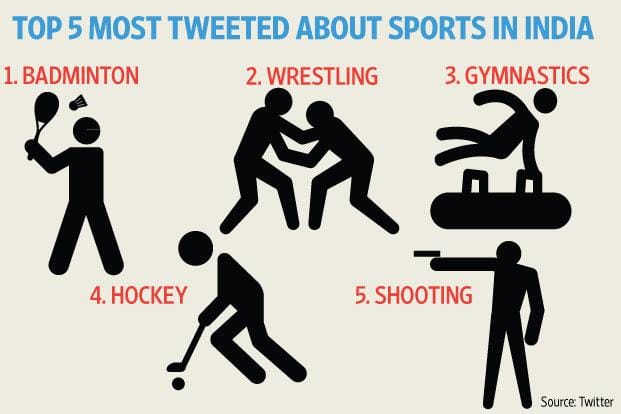 A recap of how Twitter won the #Rio2016 Olympics: https://t.co/54zqWYZEJn pic.twitter.com/iHa2C4h6Er