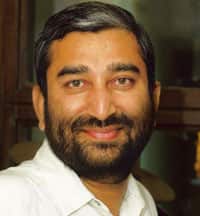 From the outset, the BJP campaign’s tag line has been Mehangi padiCongress (The Congress has proved costly). The campaign talked about inflation, the incompetence of the government at the Centre and internal security, the latter becoming the central theme after the Mumbai attacks.

For Sushil Pandit, owner of Hive Communications India Pvt. Ltd, the mastermind behind BJP’s communication strategy, the past two months have involved a lot of planning, quick reactions and execution of a campaign that has gone for plain speaking, as he says. “It’s only plain-speak that people can relate with and believe in," Pandit says.

In an interview, Pandit talks about how the BJP campaign took shape and why he thinks this is “the only way to win people’s trust". Edited excerpts:

What will be the biggest issue in the upcoming general elections?

Terrorism. If not the issue, it will be one of the most important issues in the elections. To be sure, terrorism is not new to India. (The) past three centuries have been consumed by the issue. It is not a new political issue either. But what is different this time is that it has shaken the entire nation. Mumbai attacks have brought home the fact, and quite strongly so, that India is a soft target in this whole din of global jihadi movement and right now, there is a complete lack of political will and strength to combat this menace. The current political establishment is bereft of ideas on how to address the issue internally as well as at the global political level. There is no strong line of thinking on the issue.

Mumbai attacks have made terrorism and the country’s security the biggest concern among people. It is, therefore, going to be a big issue in the upcoming general elections.

The kind of communication political parties are resorting to seems to be stoking anger instead of placating it. Is that a good approach?

I agree that hyping the issue, or dramatizing it, is going to be counterproductive. Any kind of embroidery that takes you away from the reality will have to be forsaken if one wants the people to identify with it, believe in it and to support it. Creating hype around the issue will only dilute the effort.

It’s only plain-speak that people can relate with and believe in. Keeping things to what they are and projecting the real picture is the only way to win people’s trust.

What’s the brief that you got from the BJP?

The party’s focus is on bringing out in the open the shocking track record of its rivals in combating terrorism. We intend to highlight the compromises they have gotten into at the strategy, the policy and the execution level in handling the issue. And all this at the altar of the vote bank.

We will also highlight their failure in managing other issues, including the economy.

Having said that, we will also focus on how our party is different from others. We will highlight their track record and their world view on issues of importance and relevance to people. We will highlight the fact that this is one party that has always shown consistency between thought and action.

What are the broader contours of the media plan that the party plans to follow?

Cliched it may sound, but it will be a 360-degree media plan. In the Delhi state assembly elections, for instance, we began with outdoors, then we moved on to print and television and also used new media such as (the) Internet and mobile phones.

The strategy for general elections obviously will be much more comprehensive. There will be salience building through events, road shows and other outdoor events and platforms. In the Delhi elections, we ran extensive advertisements on out-of-home television, which primarily refers to the screens put up in multiplexes, malls and restaurants among other places that see a lot of footfall. To give you an idea of the level of the campaign, 2,000 screens across the national capital were running messages from the BJP every 5 minutes.

Meanwhile, print and television will continue to be used extensively and we will also see an increased use of radio. Radio is a local and a cheaper mode of communication. It could be used for local communication.

Also, we will see a lot of innovative use of the new media, such as mobile phones and (the) Internet, in campaigning. BJP’s prime ministerial candidate L.K. Advani’s website is a case in point. We know the young audience in the country is on the right side of the digital divide. It is, therefore, a good medium to, not only reach them, but also interact with them.