Thanks for Visiting Mint
You seem to have an Ad Blocker on. Please turn it off in order to continue, or whitelist Mint
HOW TO TURN OFF AD BLOCKER
OR
REFRESH IF YOU ALREADY TURNED OFF THE AD BLOCKER
Home >Industry >Microsoft breaks with NBC, to launch news portal

San Francisco: Software firm Microsoft Corp. has parted company with NBC News, pulling out of their joint venture MSNBC to launch its own online news service, the two companies announced on Sunday. 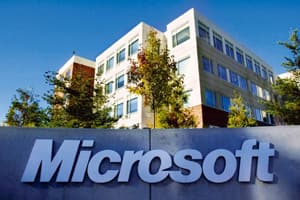 “If you start thinking about what we’re going to be doing in Windows and the Bing app and what we’re going to be doing... across multiple platforms, it makes a lot of sense for Microsoft," he said. “We’re talking about using technology and using data to solve information delivery and news delivery in new and innovative ways. It’s really difficult for us to do that when we have an exclusive, single-source relationship with one news provider."

Under the joint venture, NBC News had been the sole provider of news for MSN.com, which will now be free to forge partnerships with other media organizations.

NBC News said it would continue to provide news for MSN.com and will continue to sell the rebranded NBCNews.com’s advertising inventory for an undisclosed period to minimize the disruption in ad revenue.

The deal means that NBC effectively buys Microsoft’s 50% stake in MSNBC. No details of the financial arrangement were provided.

Anyone opening up the MSNBC.com website is now automatically redirected to NBCNews.com.

Microsoft’s move comes as other major Internet firms such as Yahoo! and AOL have forged important alliances with news organizations.

Yahoo! teamed up with ABC News towards the end of last year to create a digital news powerhouse Yahoo! News, which is the top online news destination in the US with some 80 million unique visitors a month.

Microsoft’s move comes just days after it announced it was cutting an unspecified number of jobs in marketing and advertising as part of a move to “align" its operations to key priorities.

The tech giant gave no specific numbers or details, but also announced a writedown of $6.2 billion in its online operations.

Microsoft, which is soon to release its new Windows 8 operating system, said last week it would take the massive writedown related to the 2007 acquisition of aQuantive, a digital advertising firm aimed at helping Microsoft compete against Google and others.

The charge, to be reflected in the company’s upcoming earnings report, is required under accounting rules to reflect a lower value or so-called “goodwill impairment."