Management and Strategy | Sustainability chief the newest arrival in C-suite

Management and Strategy | Sustainability chief the newest arrival in C-suite

Now, the so-called C-Level Suite is swelling again—this time, with chief sustainability officers. These are not simply environmental watchdogs, there to keep operations safe and regulators at bay. The new environmental chiefs are helping companies profit from the push to go green.

“Environmental vice-presidents usually spend company money, but this new breed is helping companies make money," said Eileen Claussen, head of the Pew Center on Global Climate Change. The upshot, said Geoffrey Heal, an economics professor at the Columbia Business School, is that “what started out as a compliance job has evolved into one that guards the value of the brand".

The titles vary, mixing and matching “chief" and “vice-president", “sustainability" and “environmental", making it impossible to track how many people fill the role. But 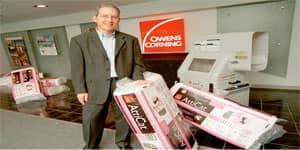 They are exploring partnerships with vendors and customers to create green products—and they have the power to close the deal. They are also getting a vote—often, the deciding vote—on product research and advertising campaigns.

Since he became Dow Chemical’s first chief sustainability officer in March, David Kepler has been talking to Dow’s technology, manufacturing and finance people about alternative fuels and green products. “We usually agree," Kepler said. “But if a critical environmental issue is in dispute, I’ll prevail."

Linda J. Fisher, the chief sustainability officer at DuPont, scuttled the purchase of a company that was not in a “sustainable" business. “We’re building sustainability into the acquisition criteria," she said.

And when two business chiefs at General Electric blanched at the cost of developing green products, Jeffrey R. Immelt, GE’s chairman, gave Lorraine Bolsinger, vice- president of Ecomagination, the research money. “I have an open door to get projects funded," she said.

The evolution was probably inevitable. Corporations are facing demands from all quarters to reduce their greenhouse gas emissions, and to buy and produce green products. So, many chief executives are urging their managers to “figure out what products they should sell in a warming world", said Jonathan Lash, head of the World Resources Institute.

Still, few corporate chiefs want to micromanage the changes. So they are appointing environmental surrogates to do it for them.

“You need a lot of huskies pulling the sled, but you’ve got to have a lead dog," said Andrew Liveris, who heads Dow. “I can’t be everywhere, so I confer my clout on Dave."

The environmental chiefs hail from widely disparate backgrounds. Owens Corning plucked its chief from research, while Home Depot dipped into its merchandising ranks. Fisher of DuPont once worked for the Environmental Protection Agency, while Francis Sullivan, deputy head of group sustainable development for the HSBC Group, came from the World Wildlife Fund.

“I was already advising HSBC about the environmental impact of their activities, so now I’m making sure that their brand stands for sustainability," Sullivan said. Two people share that job at GE Bolsinger is responsible for green products; Stephen Ramsey, the vice-president for corporate environmental programmes, oversees compliance and external relations. Both are corporate officers. “Jeff will tell the staff to do something," Bolsinger said. “We tell them how."

Other companies have rolled two jobs into one. Ernest Wooden Jr, executive vice-president for brands for the Hilton Corporation Worldwide, is overseeing Hilton’s efforts to reduce the carbon footprint of its nearly 3,000 hotels. He already sets the standards for everything from architecture to shampoo, so purchasing agents and suppliers are accustomed to heeding his recommendations.

“Our CEO decided I was the most powerful hammer to get things done," Wooden said.

“The other merchandising people know I’m from their world, and understand what will or won’t work," Jarvis said.

Owens Corning, meanwhile, named Frank O’Brien-Bernini, its research chief since 2001, to the post of chief research and development and sustainability officer. He now uses what he calls the “lens of sustainability" to prioritize research.

One recent example is a machine that makes it easier to insulate attics. Owens Corning developed it after research showed that draughty attics are prime culprits in greenhouse gas emissions, but that the “hassle factor" kept homeowners from addressing the situation. “I drive innovation around products and processes," O’Brien-Bernini said. “And I make sure that our claims are backed by deep, deep science."

Ensuring credibility is also a priority for Elizabeth A. Lowery, vice-president for environment, energy, and safety policy at General Motors. Before GM introduced the Chevy Volt, its electric car, in January, Lowery helped to brief reporters, shareholders and environmentalists on how the car worked. She looked over the green-themed speech that Rick Wagoner, GM’s chairman, gave at the Los Angeles Auto Show in November, making it less “technically focused" and more in line with “how various constituencies think about green issues", she said.

And she said that she “added facts, and toned down broad brush statements and claims" before GM introduced its “Live Green Go Yellow" ethanol campaign last year. “GM is marketing its reputation, not just its cars," Lowery said.

Fisher presides over DuPont’s green name as well. The big chemical company already produces many green products, such as plastics made from crops. And Fisher is helping to develop a scorecard that researchers can use to “evaluate whether their work will produce environmentally smart products".

But she said she is also making sure that DuPont never overstates the “greenness" of items. “I don’t want us accused of greenwashing because marketing made too much of a small improvement," she said.

Kevin Martin, who heads customer marketing for HSBC Bank USA, worked closely with Sullivan on HSBC Bank’s current promotion. Together, they forged a plan to give customers who sign up for an electronic bill paying service—which HSBC promotes as saving trees —a “green" kit that includes such items as energy-efficient light bulbs.

“There hasn’t been any disharmony," Martin said. “Environmental involvement is a credential of our brand. Francis is our conscience."

Environmentalists, perhaps unsurprisingly, are divided about whether the rise of the powerful sustainability chief bodes well or ill.

“In the best of all worlds, we wouldn’t need a separate person to link strategy and sustainability," said Gwen Ruta, director of corporate partnerships for Environmental Defense. A utopian world wouldn’t need ethics officers either, countered Eugene Linden, a frequent author on climate change.

“Chief sustainability officer sounds all crunchy granola and squishy," he said. “But their rise shows that companies finally realize that sustainability and efficiency go hand in hand."