The latest Android OS is now rolling out on Nexus phones. It is more of a performance centric update without many design changes

Google’s latest operating system for mobile devices, called Android 6.0 or Marshmallow, was launched with Nexus 5x and Nexus 6p earlier this month. And rollout on Google’s Nexus range of devices has now started through OTA (over the air) by Google and is slowly reaching Nexus 5 and Nexus 6 smartphones and the Nexus 7 and Nexus 9 tablets.

And right from the outset, it is clear that the new OS design-wise doesn’t look very different from last year’s Android Lollipop. The focus is clearly on improving the performance and there are bunch of under-the-hood improvements to make everything work better. We take a look at the important new features. 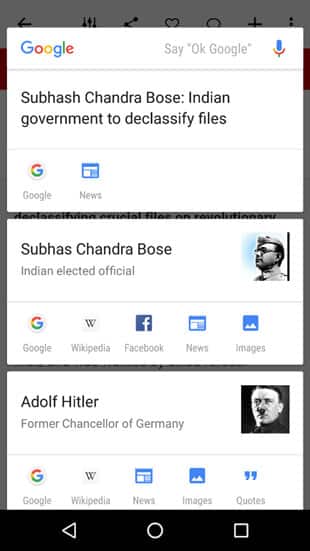 The feature is an extension of Google Now. It works by pressing and holding the home button. This feature can be opened at any time, irrespective of whichever app you may be using at the moment. Depending on when you activate it, Now on Tap opens a bunch of links and apps related to the content on the screen at that time. However, you can’t specify your search and Google will decide what it wants to search. For example, if you are reading an article on Subhash Chandra Bose on Flipboard but want more information, Now on Tap will not necessarily oblige with more info on Bose. The feature will choose whichever piece it wants and provide more on that from Google search, News, Face book, Google images and Wikipedia. The Now on Tap feature should have an option to refine your search. 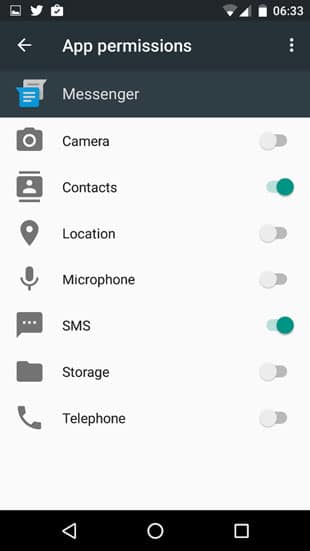 Until now, a user could only see what an app could access on their phone, but had no way of controlling that. In Marshmallow, a user can decide what all an app installed on the phone can access. For example, the user can now restrict location data access for Facebook, or even turn off Contacts access for Twitter. This is applicable to not only third party apps, but Google’s own apps as well. Simply go to Settings > Apps > and then select Permissions in each app’s page. 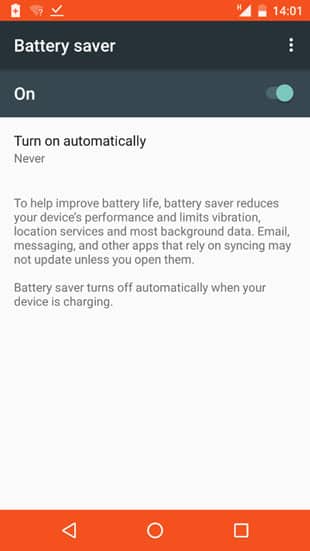 The battery backup times have improved significantly, compared to Android Lollipop. On Android Lollipop, a Nexus 5 charged at 5am in morning would run out of battery by 2pm. With Marshmallow, it lasts until 5pm with ease, under the same usage load. Google has introduced a feature called Doze that automatically detects and closes the apps that haven’t been used for a long time. The OS also comes with a battery saver mode that limits background data.

Unfortunately, this extreme improvement visible in Nexus devices may not actually be felt in phones made by other brands, because they tend to put custom interfaces and extra features over the OS, and those specific elements may not always be optimized fully. 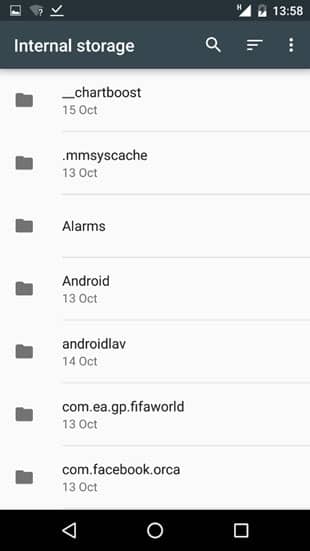 Google has added a default file manager in the new OS, which makes it easier to access documents. This is, surprisingly, kept in the Settings app (Settings > Internal Storage >Explore). Though it is not as elaborately designed as some third party file manager apps, it is pretty efficient. It is possible to see all the content and even copy and move content from one folder to another. 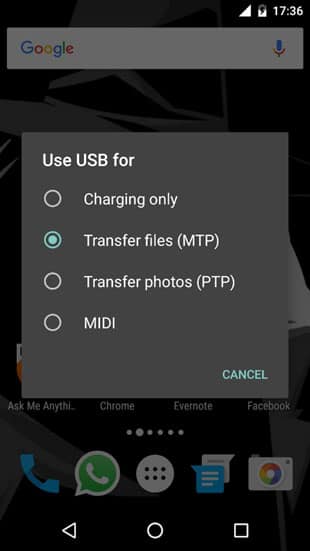 Connecting the device with a PC through USB no longer charges the phone and allows data transfer on its own. The user will have to go to the drop down notification bar and select the option manually. 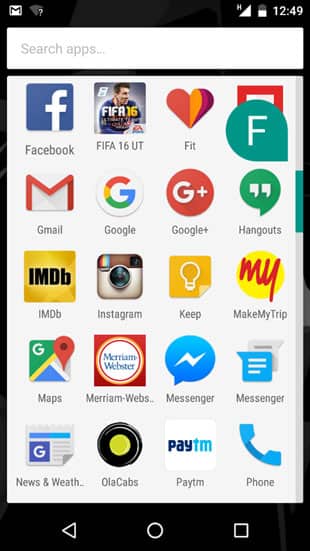 Google has replaced the horizontal scrolling in the app drawer with a vertical one, something also seen in HTC’s Android smartphones. It has also added a tab at the top of the drawer, which shows four of the recently-used apps. Unfortunately, the level of customization in the app drawer is still minimal, and you cannot change the icon size, background colour or even the order of the apps.

Phone manufacturers such as LG, Motorola, Sony and HTC have also announced that some phones in their line-up will get Android Marshmallow starting end of 2015, and that process will continue well into the new year.