Private Equity | Positive, but preferring to wait and watch

Private Equity | Positive, but preferring to wait and watch

The free fall on the stock markets and lowered valuations of even blue-chip firms normally translate into opportunities for private equity, or PE, players. But, such firms in India are preferring to adopt a wait-and-watch policy instead of rushing in to pick up stake. PE players say the market correction was overdue as the expectations of both entrepreneurs and firms had reached unrealistic levels. Still, experts say that the number of PE deals is unlikely to spurt in the next six months, although valuations, from early indications, have softened by 10-12%.

In the first six months of 2008, PE firms have invested about $5.9 billion, or Rs25,565 crore, across 141 deals, compared with $5.03 billion invested across 126 deals during the corresponding period in 2007, according to Venture Intelligence, a Chennai-based research service focused on PE and venture capital activity. Sectors catering to the domestic market, such as power, health care and infrastructure, saw major investments. Venture Intelligence’s numbers are significantly higher than similar data put out by other deal trackers — such as Thomson Reuters, which says the first half of 2008 from 1 January till 5 July saw 177 deals worth $1.43 billion. The Chennai firm puts down its larger numbers to tracking deals that are often not publicly disclosed, which it confirms with the PE firm.

It isn’t just the investors who are taking a cautious approach; entrepreneurs, too, aren’t very eager to ink the deals, given lowered valuations.

“It is too early to say companies are available at the right valuation. A posturing is happening from the sides of both entrepreneurs and investors," says Nitin Deshmukh, head, Kotak Private Equity Group (KPEG). Entrepreneurs expect the market to bounce back in the third quarter and are trying to hold back on plans of raising capital for some time. Investors, on the other hand, are not eager to close deals as they expect the valuations to fall further, Deshmukh says.

Both private and public firms take their cue from the bourses when it comes to valuation. The Bombay Stock Exchange’s benchmark Sensex index had fallen 40.22% to 12,676.19 on 15 July from a record high of 21,206.77 on 10 January. In terms of price-earnings ratio, the 30-stock index was trading at a multiple of around 13 times, according to Bloomberg data.

However, experts say valuations have not really come down the way they are touted to have, but are on their way to becoming more “realistic". “What we are seeing now is a correction for a bubble. I would say people are coming back to sanity now, and last year’s euphoria is settling down," says Rahul Bhasin, managing partner, Baring Private Equity Partners India Ltd.

Yet, Bhasin says, even in the current market situation, India continues to be one of the most expensive markets in terms of price-earnings multiples among developing nations, but will continue to attract investors due to its long-term growth perspectives.

More investment opportunities await PE players as some firms, which had lined up initial public offerings (IPOs) for this year, defer plans to go public in the wake of the slide in the Sensex. These firms will now look at raising capital from investors, including PE players. “Competition among entrepreneurs will force them to raise money, particularly when the IPO route is out. Companies which need capital for funding their growth plans cannot wait for long," says Raja Kumar, managing director and chief executive, UTI Ventures.

Still, PE players will be choosy, particularly after a considerable number of private investments in public equity, or PIPE, deals struck in 2007 are incurring losses. The PE players are under pressure from investors, mostly US-based, to strike high-return deals, particularly in sectors such as clean technology, logistics and transport.

According to a study by Nexgen Capitals Ltd, the merchant banking arm of Delhi-based brokerage SMC Global Securities Ltd, the valuations of last year’s total PIPE deals, at Rs21,857 crore, are down more than 16% to Rs19,223 crore this year. An analysis of 63 PIPE deals, across information technology (IT) and IT-enabled services, infrastructure, media, manufacturing, health care, telecom, retail, real estate and banking, financial services and insurance sectors, shows the infrastructure sector to be the worst performer. 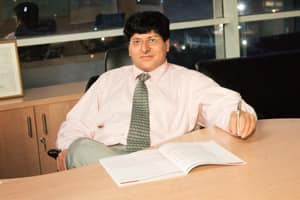 Real estate stocks, in particular, have declined as banks have raised interest rates to the highest in six years to restrain inflation. The increase in property prices, estimated to be at its highest in five years, has also discouraged buyers, hurting sales. The 14-member realty index has fallen 62% this year, according to Bloomberg.

With stocks of a few infrastructure firms trading lower and market sentiment down, boutique investment banking outfit Veda Corporate Advisors Pvt. Ltd’s founder and director C. Venkat Subramanyam sees fewer deals in this sector in the second half of the year. Some structured deals may take place wherein investors would be provided with growth upside in later years, he adds.

PIPE deals may not happen at the same pace as last year as investors are growing cautious (with the value of such deals falling one-sixth) and stock market regulator Securities and Exchange Board of India, or Sebi, regulations pose a hindrance to their investment plans. “The biggest hurdle we see is the Sebi regulations around PIPE investments and pricing mechanisms. They do not support investing in a down-trending market unless the investor is prepared to pay a hefty premium compared with the open market price," says Intel Capital’s Kuppam. This discourages investors from proceeding further and is a big hindrance for public firms in need of working capital, he says.

For listed firms, investors generally deduce a company’s stock price by calculating its three months’ average price rule. The average price gives a fair idea about the stock’s price irrespective of its highs or lows during the period.

Meanwhile, investment bankers say closures are taking longer than usual. Six months back, when a Bangalore-based IT services firm, which did not wish to be identified, initiated the process of raising growth capital, it sought a valuation of $100 million. Today, it is seeking a valuation of about $90 million, yet no deals are coming its way.

“We are facing two such scenarios, where investors agreed to an ‘X’ valuation but now, after the market crunch, they do not want to go ahead with those estimates," says Deepak Srinath, co-founder, Viedea Capital Advisors Pvt. Ltd. He refused to divulge information on the firms or the investors.

Notwithstanding these blips, PE players continue to remain positive on the country’s investment environment and say the downturn has not impacted their outlook. UTI Ventures’ Kumar says people know it is a macro factors-driven blip. “PE players take a long-term view. For us, all times are good for investment," says Bhasin.

These optimistic sentiments, however, could change if market conditions do not improve in the next eight or nine months. “Prominent companies in the US are announcing bigger losses. Also, there is a recession. These factors will impact Indian markets," says KPEG’s Deshmukh. “We really cannot expect the markets to bounce back," he says.